Hamas said on Tuesday pressure in West Bank is "unbearable" after Palestinian Authority arrested one of its lawmakers. 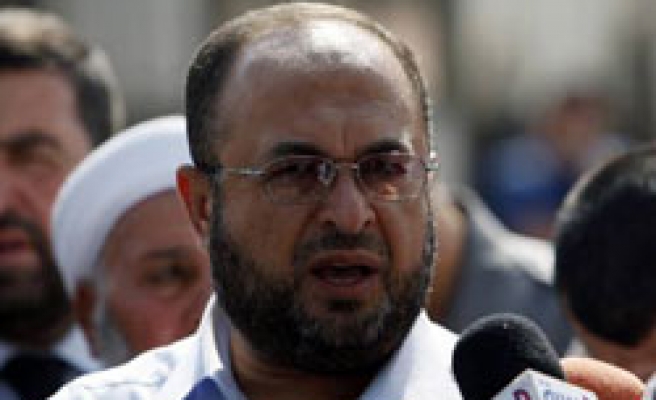 Hamas said on Tuesday pressure in West Bank is "unbearable" after Palestinian Authority arrested one of its lawmakers.

PA security forces prevented journalists from entering the Ramallah headquarters of the Palestinian Legislative Council (PLC) for the news conference called by Hamas, forcing senior members of the group speak to the media in the street.

"The situation in the West Bank has become unbearable," Omar Abdel-Raziq, a Hamas official told a news conference called by the group to condemn the brief detention of another senior Hamas member on Tuesday.

"Palestinian society is in a state of tension and the reason is the irresponsible actions of the security apparatus," he said. "These acts could lead to bad consequences. We are not responsible for that. The responsible party is the security forces".

"We are banned from interacting with our public," he added, referring to measures which Hamas say have stopped it from holding any public events. "We cannot keep the youth calm and we cannot interact with them," he added.

Spokesmen for the Palestinian security forces could not be reached for comment on the detention of Abdel Rahman Zaidan. Talal Dweikat, the PA governor of Tulkarm, denied Zaidan had been arrested.

Zaidan, a former government minister who was elected to parliament in 2006, said after his release that the security forces broke down his frontdoor and confiscated possessions when they raided his house in a village near the Palestinian town of Tulkarm.

He said he had been questioned about criticism against the Palestinian security forces after the killing of a Hamas military commander by Israeli soldiers in Tulkarm last week.

Hamas leaders said the arrest was a violation of immunity enjoyed by members of the parliament in which Hamas won a majority in 2006.