Hamas dismissed as "lies" claims by the Egyptian army that recent attacks in the Sinai Peninsula were linked to the group. 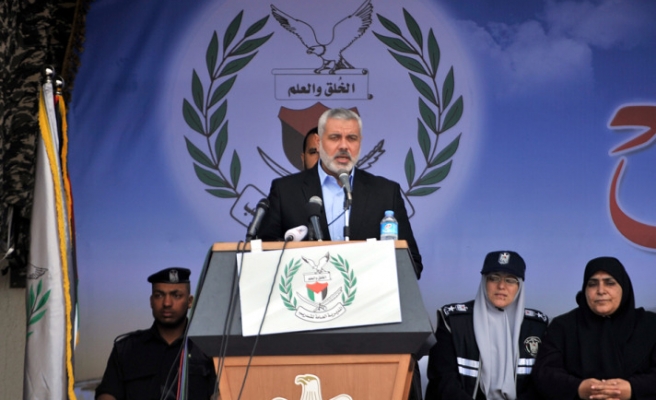 The Palestinian resistance movement Hamas on Sunday dismissed as "lies" claims by the Egyptian army that recent attacks in the Sinai Peninsula were linked to the group.

Colonel Ahmed Aly, the Egyptian army's spokesperson, told a press conference earlier today that some of the weapons found in the possession of terrorists in Sinai had the tag of Hamas military wing, the Ezz al-Din al-Qassam Brigade.

"The statements about seizing grenades in Sinai with the tag of Ezz al-Din al-Qassam are lies and fabrications made up by the Egyptian security establishment," Yehia Moussa, a Hamas leader, told the Anadolu Agency.

He insisted Hamas was keen on preserving Egypt's national security, even more that those officials who are talking about it.

Aly said Hamas "needs to work harder" to tighten its control on the Gaza border with Egypt.

"Egypt, with all the sacrifices it has made for the Palestinians, deserves better from them," he added.

He even said the army has recently discovered explosives planted on an Egyptian border watchtower.

"The wires attached to the explosives went all through to the Gaza Strip and the charge was supposed to be remotely detonated from there," he added.

The Egyptian army has launched an onslaught against militant groups thought to be based in the Sinai Peninsula, which borders Israel and the Gaza Strip.

The military has also been destroying underground tunnels along borders with the Gaza Strip, which has been reeling under a 7-year-Israeli blockade, citing "security reasons".

The Sinai Peninsula has been the center of rising tension since the 2011 January 25 revolution, which toppled Hosni Mubarak after 30 years in power.