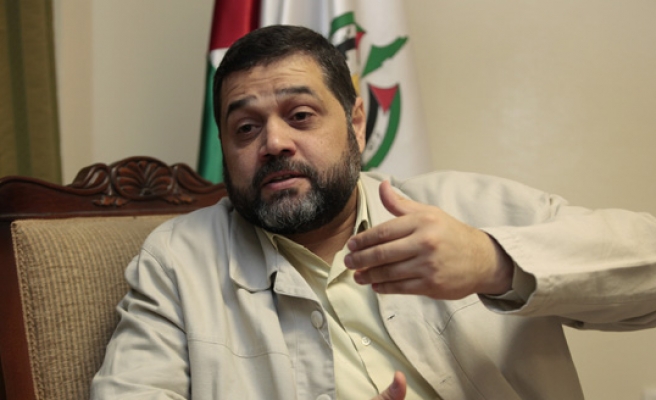 In an interview with Anadolu Agency, Osama Hamdan, foreign affairs chief for Palestinian resistance movement Hamas, condemned ongoing international silence amid mounting Israeli aggression against the Palestinians who, he said, were merely defending themselves.

“The Zionist occupation, which is based on violence, is continually trying to break the will of the Palestinians,” he said. “In this, however, it is destined to fail.”

“He must either take a step back or increase the level of violence [being used against the Palestinians],” he said.

“Soon there will be a new wave of resistance,” he went on to assert. “Different from earlier ones, this new resistance will mark the beginning of the end of the Israeli occupation of Palestine.”

“Israel’s policy of violence will not destroy the Palestinian people’s revolutionary struggle,” Hamdan added. “On the contrary, it will merely strengthen it.”

He went on to point out that the ability of unarmed Palestinians to protect East Jerusalem’s Al-Aqsa Mosque from Zionist aggression had “shocked Israel, which considers itself a regional superpower”.

Hamdan added that recent developments in both Israel and the occupied territories had shown up the weakness of the self-proclaimed Jewish state.

“A mere breadknife is enough to shake this so-called superpower,” he said. “The Israeli occupation cannot survive under such conditions. Despite all its tyranny, the vulnerability of the occupiers will soon become clear.”

According to Hamdan, Hamas does not remain silent in the face of Israeli violence, but -- on the contrary -- has remained at the center of recent events.

“From the outset,” he asserted, “Hamas has insisted on the Palestinian right to resist occupation.”

Hamdan went on to say that a “national resistance project” was currently in the process of being established.

“This project embraces all Palestinian society, offering novel weapons and methods to be used against the occupation,” he said.

He added: “The main aim is to end the occupation and liberate Palestine.”

Regarding ongoing violence in the Israeli-occupied West Bank and East Jerusalem, Hamdan said: “Israel was shocked by the response of Palestinians in the West Bank and Jerusalem [to Israeli aggression] and tried to change the flow of events by targeting [Hamas-controlled] Gaza.”

“We will not permit the forces of the occupation to control the region,” he added. “We will direct the current conflict to the benefit of the Palestinian people.”

“A fresh assault on Gaza will not be easy for Israel,” he told Anadolu Agency. “The power of the Palestinian resistance has increased day by day, especially when you look at the results of the [Israeli onslaughts against Gaza] in 2008, 2012 and 2014.”

Hamdan also responded to claims by some parties that Hamas would forsake resistance if it were granted certain concessions.

“Those who say this either don’t know Hamas or they themselves have forsaken the resistance [in return for concessions],” he said.

“Hamas’ objectives are clear,” he went on. “It’s not possible for us to abandon our rights, which we demand in full… including the occupiers’ departure from our land.”

Hamdan concluded: “The experience of the [1993] Oslo Accords will not happen again under any circumstances -- neither in terms of the reigning political situation nor in terms of the Palestinian groups that Israel dealt with in the past.”