The website said the footage was taken from Israeli army's computer network after it had been hacked by Palestinian cyber-activists. 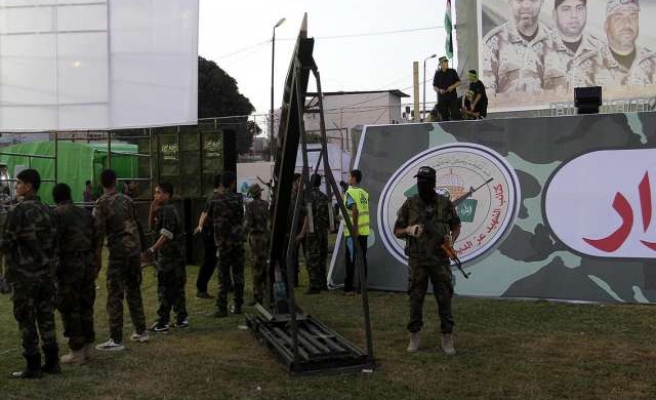 A Hamas-run television channel on Saturday displayed a footage it said was taken from the Israeli army's computer network.

The video, which seems to have been captured by an Israeli drone, showed fighters from Hamas' military wing, Ezzedine al-Qassam Bridages, returning from an operation inside Israeli territory during the recent Gaza war.

Hamas-run Al-Aqsa TV said the "behind-enemy-lines" operation was conducted on July 19 and it targeted an Israeli military site near the border with eastern Gaza.

The fighters sneaked into Israel through an underground tunnel and attacked three Israeli military vehicles, leaving an unspecified number of Israeli troops dead and injured, the channel said.

The video could not be independently verified, and the Israeli army is yet to comment.

The footage is the second to be released by a Hamas-linked media outlet. On Thursday, a news website close to the group released a video showing a Hamas attack on a military site in Israel's Zikim area.

The website said the footage was taken from Israeli army's computer network after it had been hacked by Palestinian cyber-activists.

Israeli media said that the army had opened an investigation into the leak.

In July and August, Israel unleashed an offensive on the Gaza Strip with the stated aim of halting rocket fire from the blockaded coastal enclave.

Over the course of the 51-day onslaught, more than 2,160 Palestinians– mostly civilians – were killed and nearly 11,000 injured.

Seventy three Israelis – 68 soldiers and five civilians – were also killed during the offensive, which finally ended on August 26 with the announcement of an Egypt-brokered indefinite cease-fire.