Israel to withold millions of tax revenues in retaliation for the Palestinian Authority application to the International Criminal Court. 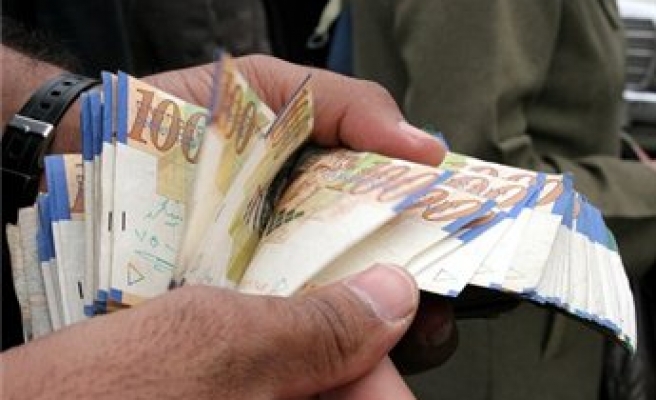 Israel is likely to withhold millions in funds from Palestinians until well after the elections in March, a move that many in Palestine believe will cause damage to the Palestinian economy. The move comes just one month after the Palestinian Authority announced it had applied to join the ICC which means Palestinians can request the court to indict Israeli officials for war crimes. Many see this Israeli measure as a retaliation for applying to the ICC.

After the PA had applied to the ICC, the Israeli government - a move criticised by the US - froze the tax and custom revenues worth $127 million. This revenue represents about 60% of the PA monthly budget, which is used to for salaries for thousands of civil servants in the West Bank and the Gaza strip, which included teachers, nurses, and policemen. According to Said Haifa, charmain of the Deparment of Economics at Bir Zeit Univeristy, "with many civil servants taking out mortgages - a new phenomenon for Palestinians - it means life comes to a standstill as people cannot meet their commitments and cover their expenses".

To be able to make sense of the Israel's ability to simply cut off their revunue at will, a step back to the Paris accord is necessary. Up to 1994, when Israel and the Palestine Liberation Organization (PLO) signed the Paris Economic Protocol, the economic appendix to the Oslo Peace Accords, the Israeli military had directly administered trade with the territories since their occupation in 1967.

While the accord reeked of rhetoric, it turned into law the informal customs that were already in place, permanently binding Palestinians almost entirely to Israel’s trade policy, and preventing the Palestinian economy from growing, stunting them and making them dependent on Israel - the lower “internal” taxes left Palestinian businesses no choice but to import goods from Israeli markets rather than the outside world. This forces 70 to 90% of the imports of Palestine to come from Israel.

It is through these arrangements that import taxes owed to the Palestinian Authority go through Israel and ultimately their decision if the money goes back to the PA or in this case, or not. Israel’s control over Palestinian trade taxes is the direct result of Israel’s refusal to agree to sovereign Palestinian borders (the so-called two-state solution), which is necessary for independent fiscal tax collection.

All these factors serve Israel's agenda and is the reason Israeli Minister of Economy Naftali Bennett claims that a no-state framework for the Palestinians as a plan for peace is not acceptable.