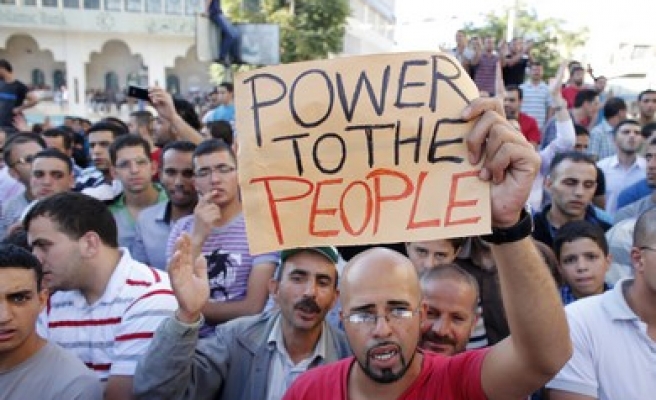 Hundreds of Israeli-Arabs on Monday demonstrated against a recent settler attack on a mosque in the northern town of Umm al-Fahm.

On Friday, settlers set ablaze the Abu Bakr al-Sediq mosque in the city and spray-painted anti-Arab graffiti on its walls.

No casualties were reported in the attack.

In a statement, Israeli police said vandals set fire to the entrance door of the mosque and spray-painted the words "Arabs out" on its walls.

Friday's attack was the latest in a string of vandalism incidents in Arab villages over the past several months.

Several "price tag" attacks by Jewish settlers targeting Muslim houses of worship have recently been reported in areas across the self-proclaimed Jewish state.

Roughly 1.7 million Arabs live in Israel, which currently has a total population of 8.1 million, according to the Israeli Central Bureau of Statistics.