India president on first ever visit to Palestine 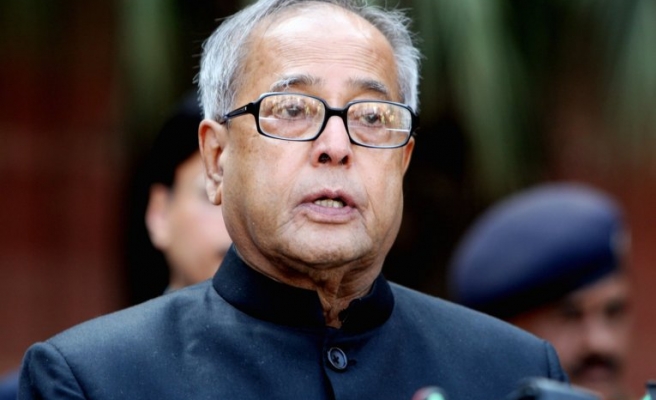 In a first for an Indian head of state, India's president arrived in Palestine on Monday.

Mukherjee has said that his two-day visit was aimed at reaffirming his country's support for the Palestinian people, support for whose independence had historically been a key part of India's foreign policy.

Abbas and the Ramallah-based Palestinian Authority have recently expressed concern over growing relations between India and Israel -- where Mukherjee will spend three days starting Tuesday -- especially in the defense sector.

“India’s traditional support for the Palestinian cause remains steadfast while we maintain strong relations with Israel,” Mukherjee said in Jordan on Sunday.

Stressing India's support for a Palestinian state, he quoted Indian independence icon Mahatma Gandhi, saying: “Palestine belongs to the Arabs in the same sense that England belongs to the English and France to the French.”

From India's independence in 1947 until it established full diplomatic relations with Israel in 1993, India had been a staunch supporter of Palestine, actively calling for its independence at the UN.

During his visit to Palestine, Mukherjee is slated to meet leaders of Palestinian political parties, address students at Al-Quds University, and inaugurate a school named after Jawaharlal Nehru, India’s first post-independence prime minister.

Upon leaving Palestine, he will next travel to Israel, where he is slated to meet with the president and prime minister; sign agreements in the fields of agriculture, technology and education; and address the Knesset, Israel's parliament.