﻿Hafez Hamad was the commander of Al-Quds Brigades unit in Beit Hanoun. 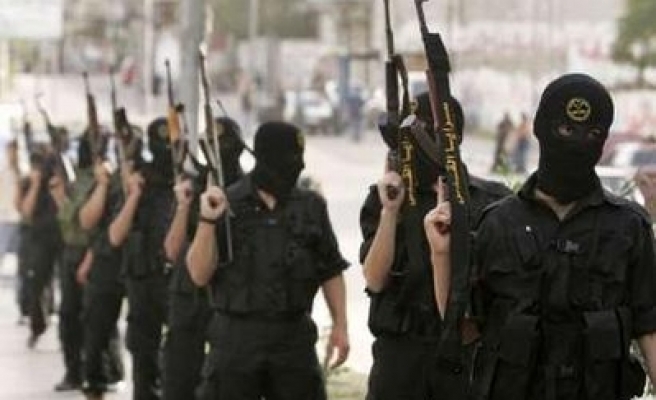 The military wing of the Islamic Jihad group has confirmed the killing of a senior military commander in an Israeli strike on his home in the northern Gaza Strip.

"Hafez Hamad, the commander of Beit Hanoun brigade, died in an Israeli bombing of his home," Al-Quds Brigades said in a statement late Tuesday.

Health Ministry spokesman Ashraf al-Qodra had told Anadolu Agency earlier that six Palestinians from the same family, including two children, were killed in an Israeli strike on their home in Beit Hanoun.

At least 24 Palestinians have been killed in Israeli airstrikes on the Gaza Strip since Monday, according to medical sources.

The death toll does not include four Palestinians killed by Israeli troops during a daring attack on the Israeli Zakim naval base on Tuesday.

Israel has announced the launch of a military offensive – dubbed "Operation Protective Edge" – with the stated aim of staunching rocket fire from Gaza.

The Israeli army said Tuesday that its air and naval forces had struck scores of sites across the Gaza Strip overnight, while ground troops were being amassed on the strip's borders in advance of a possible ground incursion.

Gaza-based resistance factions, for their part, continued to fire rockets into Israel on Tuesday in response to ongoing Israeli airstrikes.

The latest escalations come amid heightened tension over the killing of three teenage Jewish settlers in the West Bank last month and the subsequent murder of a 16-year-old Palestinian boy by Jewish settlers.