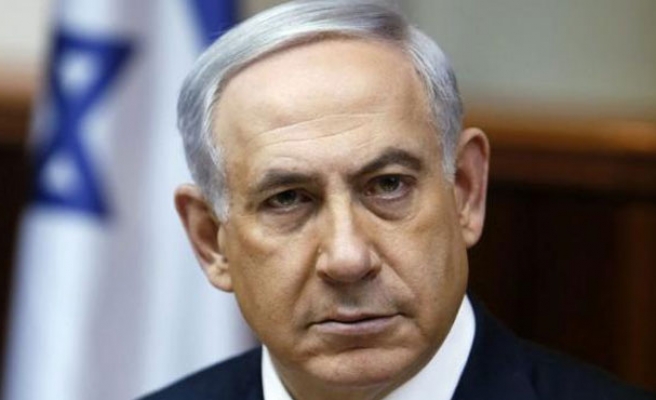 In a phone call with U.N. Secretary-General Ban Ki-moon, Netanyahu blamed Iran, Hezbollah's main sponsor, for Wednesday's flare-up that killed two Israeli soldiers and a Spanish peacekeeper in the worst fighting along the Israeli, Lebanese frontier since a 2006 war.

He said that a resolution ending that 34-day conflict was "not being implemented," and that the peacekeepers, known as the United Nations Interim Force in Lebanon (UNIFIL) "aren't reporting on weapons smuggling into southern Lebanon."

The soldiers and peacekeeper died when guerrillas fired rockets at unmarked Israeli vehicles at the frontier, and Israel responded with artillery shells and an air strike.

Netanyahu "expressed sorrow" for the U.N. soldier's death and said he had agreed with Spain to jointly investigate the circumstances, a statement for the Israeli leader's office said.

The U.N. force has policed southern Lebanon since a deal achieved after a 1978 Israeli incursion.

Hezbollah's attack was seen as revenge for a Jan. 18 raid blamed on Israel that killed several Hezbollah members and an Iranian general in southern Syria.

The exchange of fire triggered concerns the conflict could escalate, with Israel nervous at Hezbollah's deployment not only in Lebanon but now also across the Syrian frontier, where the guerrillas have been helping Syria's embattled President Hafez Assad fight a civil war.

In his remarks to Ban, Netanyahu accused Tehran of trying to widen the conflict against Israel, and complained that "until now the world community has not pointed an accusatory finger at Iran, which was behind the attack on the northern border."

Israel and Hezbollah have signalled that despite the violence, they are not interested in a further escalation, and despite increased vigilance on both sides the border area has been calm for the past four days.

Hezbollah leader Sayyed Hassan Nasrallah said in a speech on Friday "we do not want a war" but would remain ready to respond to any Israeli violence.