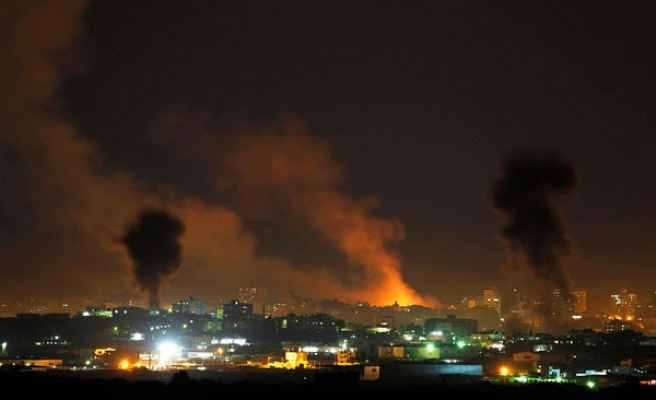 Israel launched two air strikes on the Gaza Strip in the wee hours of Tuesday, but no injuries have been reported.

An Anadolu Agency reporter said that Israeli aircraft struck a farm area in the central Gaza Strip, near the enclave's sole power plant, causing no casualties.

Moments later, Israeli jet fighters bombed an uninhabited area south of Gaza City, near a training camp for Ezzedeen Al-Qassam Brigades, the armed wing of the Hamas resistance group, which left no injuries either.

The Israeli army, in a statement, said the airstrike targeted rocket-launching sites and came in response to two rockets allegedly fired from Gaza into southern Israel.

The Israeli army radio, meanwhile, said Israeli army units have been put on high alert for possible escalation in Gaza.

Tensions have recently been high along the border between the Gaza Strip and Israel.

Israeli aircraft have, for weeks, been targeting Palestinian fighters in a return of Israel's "targeted killings" policy.

The truce followed eight days of unrelenting Israeli raids on the costal enclave that left nearly 190 Palestinians dead and more than 1,500 injured.