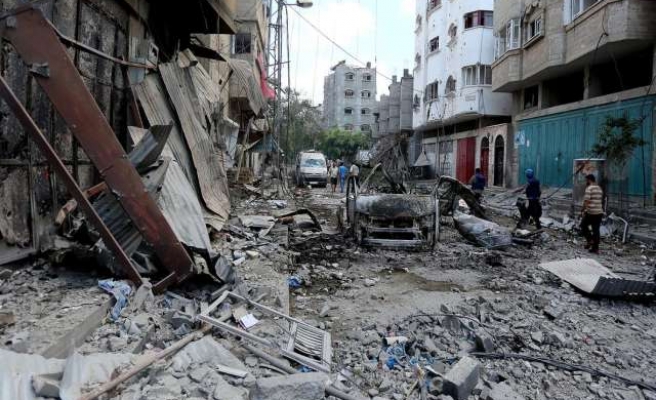 The Israeli authorities on Sunday allowed 256 trucks carrying goods and building supplies into the Gaza Strip via the Kerem Shalom commercial crossing, a Palestinian official said.

"The Israeli authorities agreed to allow 250 trucks loaded with goods for both the agricultural and commercial sectors to enter the Gaza Strip through the Kerem Shalom crossing," Raed Fattouh, head of the coordination committee for entry of goods in Gaza , told Anadolu Agency.

Meanwhile, the coordination committee said in a statement that only six truckloads of building supplies will be allowed entry into Gaza on Sunday for projects carried out by international organizations.

Fattouh said that the panel expects Israel to allow the entry of fuel needed for the operation of the enclave's only power plant, as the flow stopped on Tuesday due to an explosion of a fuel pipeline.

Other petroleum derivatives will be allowed in as usual, he said, yet while reaffirming the need to double the amount of fuel being pumped into Gaza with the advent of winter.

On Saturday, Palestinian Prime Minister Rami Hamdallah headed to the United Arab Emirates on one-day visit with the aim of obtaining funds pledged by the country for the reconstruction of the war-battered Gaza strip

Hamdallah will travel to Qatar on Monday to also discuss the receipt of funds pledged by Qatar for the process and to find a solution for the chronic electricity problems in the strip.

Last month, a donors' conference in Egyptian capital Cairo pledged a total of $5.4 billion to the embattled Palestinians, almost half of which is supposed to go towards the reconstruction of Gaza.

The donations aim to rebuild the embattled Palestinian enclave devastated by a recent Israeli onslaught that left 15,671 housing units damaged, including 2,276 that were totally destroyed, according to official Palestinian figures.

More than 2,160 Gazans, meanwhile, mostly civilians, were killed – and another 11,000 injured – during seven weeks of unrelenting Israeli attacks throughout July and August.

Following the cease-fire, Robert Serry, the UN special coordinator for the Middle East peace process, unveiled plans to impose strict oversight on the use of construction materials in Gaza.