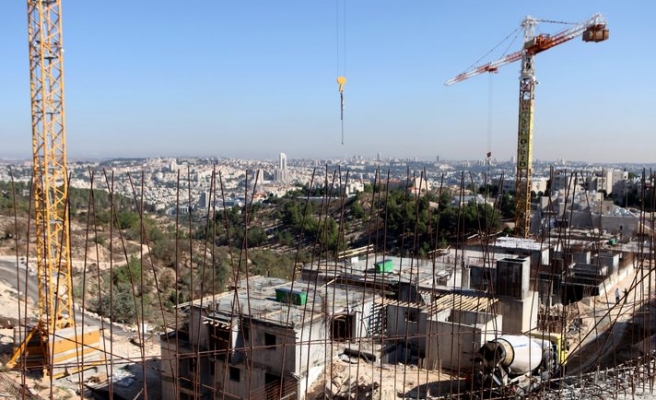 The announcement comes despite ongoing peace efforts by US Secretary of State John Kerry aimed at reaching a framework agreement between Israelis and Palestinians.

Some 350,000 Israeli settlers currently live in a number of Jewish-only settlements scattered throughout the West Bank. Another 200,000 live in Al-Quds.

Palestinians insist that Israeli settlement building must stop before a comprehensive final-status agreement can be reached.

Both the UN and the US consider Israeli settlement activity on occupied Palestinian land to be a breach of international law.

Ahmed Qurei, who holds the Jerusalem file in the committee, denounced Israeli "insistence" on stepping up the "construction of illegal settlements with the aim of Judaizing Jerusalem".

"The Israeli government kills the peace process by this racist settlement policy," Qurei said in a statement. "It sabotages all chances for any peaceful settlement."

He said that the "tough" conditions in Al-Quds require a firm attitude from the United States, which sponsors peace talks between the Palestinians and the Israelis.

Qurei went on to call on the international community to pile pressure on the Israeli government to suspend its settlement building in Jerusalem.

"Israel demolishes Palestinian homes at the time it constructs illegal settlements," Ashrawi said in a statement following a meeting with the Japanese ambassador to the Palestinian Authority.

She expressed hopes that the Japanese parliament and government would play a positive political role in putting pressure on Israel to stop its settlement building.