Israeli bulldozers had demolished the electricity towers in Al-Taweel village and cut cables that supplied the village's houses with electricity. 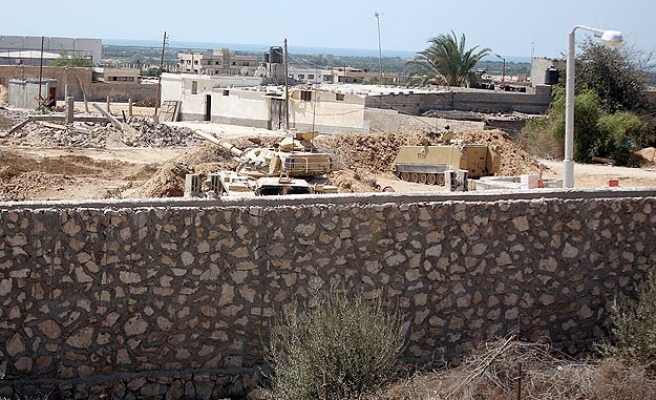 The Israeli army demolished on Monday a power network that has been providing electricity to a Palestinian slum village in southern Nablus, northern occupied West Bank, under the pretext that it had been built without license, eyewitness said.

"The Israeli soldiers closed the main entrance to the village and barred the entry of activists and journalists during the demolition process," he added.

In April, the Israeli authorities razed a mosque and three homes in the same village under similar allegations.

Dereia said that Israel is trying to force the village's residents into departing in order to seize their lands.

Palestinian officials have repeatedly accused Israel of seeking to control the village because of its strategic location, which overlooks the Jordan Valley.

More than 10,000 Palestinians live in makeshift homes in the Jordan Valley, as Israel has prohibited the construction of permanent cement and iron structures in the area.

Israel sees the strategic valley as an economic and security buffer zone for Jewish settlements and wants to keep the region under its firm control in any future peace deal with the Palestinians.

Palestinians, for their part, want the Jordan Valley as part of a future Palestinian state.