More than 900 children arrested by Israel this year

A total of 270 children are still held in Israeli prisons 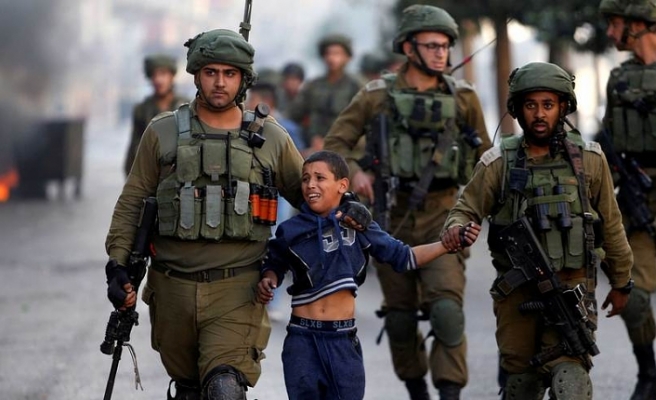 Israeli forces have detained over 900 Palestinian children since the beginning of this year, according to a local NGO on Tuesday.

“A total of 270 children are still held in Israeli prisons,” the Palestinian Prisoners Society said in a statement, which was released on the occasion of the International Children’s Day.

The NGO said children were usually detained from their homes in the middle of the night.

“They are severely beaten and threatened in order to force them to sign confession papers,” it said.

On Monday, the Defense for Children International-Palestine (DCI-P) said Israeli forces had killed at least 52 Palestinian children in the West Bank and Gaza Strip since the beginning of this year.

In a statement, the Geneva-based NGO’s Palestine branch said 48 of the deaths occurred in the blockaded Gaza Strip while the rest had occurred in the Israeli-occupied West Bank.

The NGO went on to accuse the Israeli military of using excessive force -- including live ammunition -- against children.

According to the Palestinian Prisoners Society, an estimated 350 Palestinian minors are currently languishing in Israeli detention facilities.