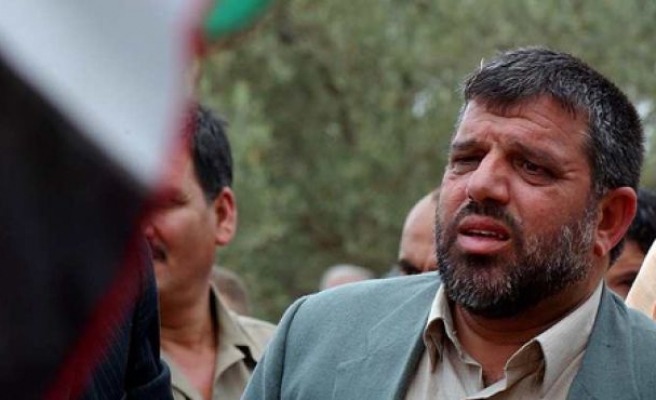 Israeli troops arrested one of the top West Bank leaders of the Hamas group in an overnight raid near Ramallah, the army said on Tuesday.

"During the night, forces of the army and the Shin Bet (internal security service) arrested Hassan Yusef, a Hamas leader, in Beitunia, southwest of Ramallah," an army statement said.

Yusef's arrest was confirmed by the Palestinian security services.

"Yusef has been arrested and imprisoned several times in the past. He has actively initiated and incited terrorism and publicly encouraged attacks on Israelis," the army statement said.

Yusef, who was a founding member of Hamas in the late 1980s, has spent years in Israeli jails. He was elected to the Palestinian parliament from prison in 2006 and was only released from his last stint in jail in June.

Hamas has always said that Yusef works only for its political wing, not its military wing.

Yusef made headlines during the second Palestinian intifada, or uprising, of 2000-2005 when he renounced his son after he admitted to informing for the Shin Bet under the codename Green Prince.