Mads Gilbert, who volunteers at the overburdened Shifa hospital in the Gaza Strip, banned from Gaza by Israel 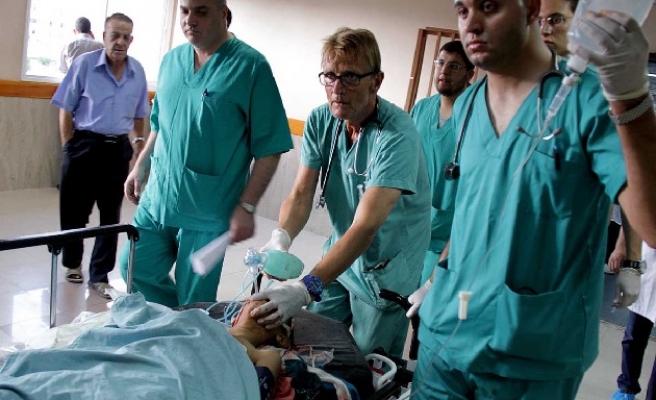 Norway's doctor of peace for Gaza, Mads Gilbert, has been hit by a lifetime ban from entering the region by the Israeli government on Thursday, The Local reported.

Israeli authorities cited "security reasons" as to why they have shut doctor Gilbert out from the Gaza Strip.

The Norwegian 67-year-old has travelled to and from Gaza to treat Palestinians. This summer, the chief physician who lives and works in North Norway, was back working at Shifa hospital, Gaza, where he treated over 50 days many of the 11,000 injured.

The doctor was attempting to return to the region in October to help in the hospital and was stopped by Israeli officials from entering.

Gilbert says: “When we came back to the Erez border station, the Israeli soldiers told me that I could not go in to Gaza.”

Now the Israeli government is stating it is for security reasons that Gilbert is banned, according to an email from the Norwegian embassy in Tel Aviv. The embassy took up the case on Gilbert's behalf after he was refused entry last month.

Gilbert himself believes the decision is connected to his critical comments against the state of Israel.

The outspoken peace activist wrote a letter to the global media in July this year, evoking the extreme conditions at the Gaza hospital he worked in.

Mads Gilbert, addressing US president Barack Obama in the letter, asked "Do you have a heart?" :

I invite you - spend one night - just one night - with us in Shifa. Disguised as a cleaner, maybe.

Nobody with a heart AND power could ever walk away from a night in Shifa without being determined to end the slaughter of the Palestinian people.

But the heartless and merciless have done their calculations and planned another "dahyia" onslaught on Gaza.

The rivers of blood will keep running the coming night. I can hear they have tuned their instruments of death."