Tension has been running high in the Palestinian territories since three teenage Jewish settlers went missing late Thursday in the southern West Bank. 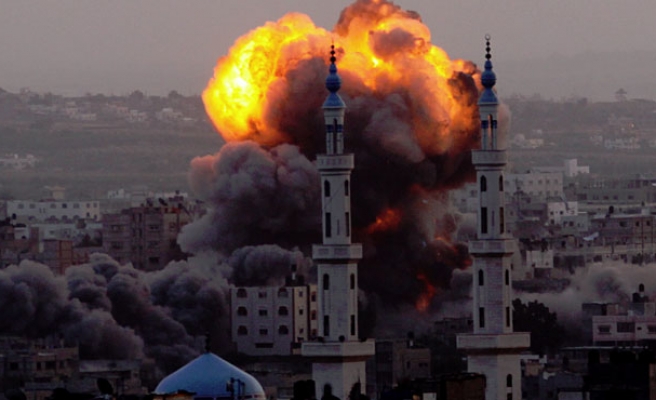 Israeli troops detained 40 members of Palestinian resistance group Hamas, including lawmakers, in the West Bank in the early hours of Monday against the background of the disappearance of three teenage Jewish settlers in the south of the Palestinian territory, a Palestinian NGO said.

The crackdown, concentrated in the southern city of Hebron, saw the arrest of several Hamas leaders and lawmakers, including Palestinian Legislative Council Speaker Aziz Duwaik, Ahrar Center for Prisoners Studies and Human Rights said in a statement.

Neither Hamas nor the Israeli government has commented on the reported detentions yet.

Tension has been running high in the Palestinian territories since three teenage Jewish settlers went missing late Thursday in the southern West Bank.

Israeli Prime Minister Benjamin Netanyahu has accused Hamas of abducting the trio, a claim Hamas has since dismissed as "stupid."

No Palestinian group has claimed responsibility for the alleged kidnapping thus far.

Israeli forces detained scores of Palestinians on Sunday, including dozens of Hamas former ministers and lawmakers, during raids on their West Bank homes.

Israeli forces killed a Palestinian youth in the early hours of Monday in Jalazone refugee camp near the West Bank city of Ramallah, eyewitnesses said.

Ahmed Samada, 20, was shot in the chest by Israeli troops who had stormed the camp, the witnesses told Anadolu Agency.

The Israeli troops kept injured Samada for 30 minutes before handing him over to the Palestinian Red Crescent medics who rushed him to a Ramallah hospital where he succumbed to his wounds, they added.

Gunfire and an explosion were also heard at a Palestinian house sieged by Israeli troops in the southern West Bank city of Hebron, eyewitness said.

The witnesses said that a large number of Israeli troops sieged the house of Al-Qawasmi family in eastern Hebron, while military helicopters hovered overhead.

Moments later, an explosion was heard as the Israeli troops tried to storm the house.

The Israeli troops also opened fire on the house and prevented ambulances from reaching the site, the eyewitnesses said. The Israeli forces also fired into the air to drive journalists away.

A fourth Palestinian was injured in another Israeli airstrike in the north of Gaza City, the sources added.

The Israeli army radio said that the raids came in response to the firing of four rockets into Ashkelon in southern Israel from the Palestinian enclave.

The rockets left no damage or casualties, it said.