Following an attack on police Israeli PM met with top security officials, who decided to bolster forces in the northern West Bank, carrying out arrests and imposing a blockade on Qabatiya 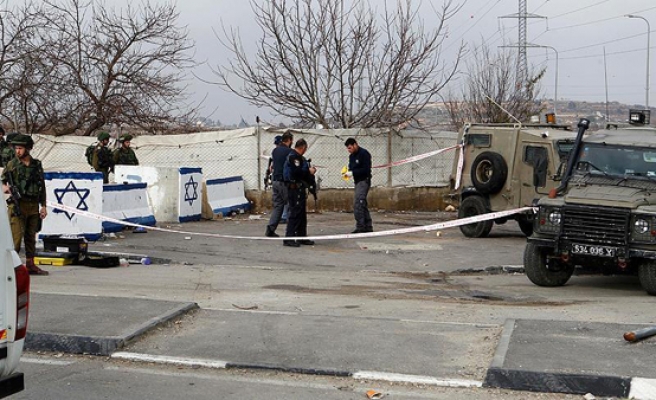 The Israeli army blockaded a village in the northern West Bank on Thursday that it said was home to Palestinian assailants who carried out a deadly attack in Jerusalem, officials said.

Three men from Qabatiya, near Jenin, on Wednesday attacked police with guns and knives outside Jerusalem's Old City, killing a female officer and wounding another before being shot dead.

They were found to be in possession of explosive devices, police said.

Following the attack, Israeli Prime Minister Benjamin Netanyahu met with top security officials, who decided to bolster forces in the northern West Bank, carrying out arrests and imposing a blockade on Qabatiya, an official told AFP on condition of anonymity.

The attack was described in Israeli media as an "escalation" after more than four months of Palestinian knife, gun and car-ramming attacks.

"There's no doubt that the intention of a terrorist cell with such an arsenal of weapons was to carry out a mass attack," Israel police commissioner Roni Alsheich said on Wednesday.

Since October, 164 Palestinians have been killed by Israeli forces. At the same time 26 Israelis, as well as an American and an Eritrean, were killed.