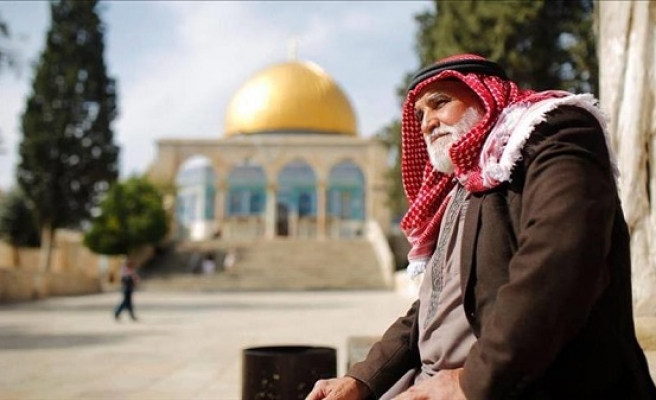 The Israeli authorities on Friday stepped up security in occupied East Jerusalem in anticipation of Palestinian demonstrations against a U.S. decision to recognize Jerusalem as Israel’s capital.

According to eyewitnesses, hundreds of Israeli police have been deployed throughout the city in anticipation of unrest.

“Since the early hours of Friday, police have stepped up security, deploying hundreds of personnel at the entrances of Jerusalem’s Old City,” one local witness, speaking anonymously due to security concerns, told Anadolu Agency.

In a statement, police spokesman Micky Rosenfield confirmed that police reinforcements had been deployed “in and around the Old City”.

“Police are prepared to respond to any protests if necessary,” he said, adding that no age restrictions had been applied on Palestinians entering the flashpoint Al-Aqsa Mosque complex.

Meanwhile, police arrested several Palestinians in overnight raids carried out in Jerusalem, according to a Palestinian NGO.

In a statement, the Palestinian Prisoners Society said Israeli forces had arrested a total of 13 Palestinians in separate areas of occupied East Jerusalem.

On Thursday evening, Palestinian political factions issued a joint statement calling for marches and demonstrations in the occupied West Bank and East Jerusalem after Friday prayers to protest the controversial U.S. move.

They also called for protests at the Al-Aqsa Mosque compound, in which thousands of Palestinians are expected to participate -- raising concerns of possible clashes with Israel forces.

The High Follow-Up Committee for Arab Citizens of Israel, for its part, has also called for large rallies on Friday in Arab towns and communities throughout Israel.

“In response to the tragic Trump Declaration, we are calling on our people to take part in demonstrations to be held in a number of Arab towns and villages from Friday to Sunday,” the committee said in a statement.

On Wednesday, despite widespread opposition across the Middle East, U.S. President Donald Trump announced his decision to recognize Jerusalem as Israel’s capital.

According to Trump, the U.S. State Department has already begun preparations for the relocation of the U.S. embassy in Israel from Tel Aviv to Jerusalem.

The dramatic shift in U.S. policy has sparked demonstrations on Thursday in the occupied Palestinian territories, Turkey, Egypt, Jordan, Tunisia, Algeria, Iraq and in some other Muslim countries.

During his electoral campaign last year, Trump repeatedly promised to move the U.S. embassy from Tel Aviv to Jerusalem and acknowledge Jerusalem as the Jewish state’s capital.

In April, Moscow announced its recognition of West Jerusalem as Israel’s capital, going on to voice hope that the city’s eastern half might eventually come to serve as the Palestinian capital.