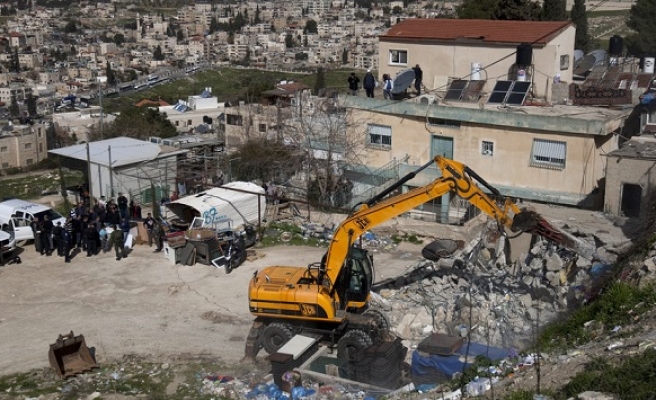 Israeli authorities overnight demolished the home of a Palestinian killed after allegedly stabbing a Jewish settler in the West Bank city of Hebron, the Israeli army and Palestinian sources said on Thursday.

Israel regularly demolishes Palestinian homes in a bid to deter violence, but human rights activists say it amounts to collective punishment, forcing relatives to suffer for the acts of others.

Palestinians threw stones at soldiers who arrived to demolish the apartment of Ihab Maswada, while the soldiers fired stun grenades.

No one was in the apartment at the time. Palestinian media reported that Israeli forces forced family members to leave.

A wave of violence since October has left 200 Palestinians and 28 Israelis dead. Two Americans, an Eritrean and a Sudanese have also been killed.

Israeli Prime Minister Benjamin Netanyahu, under political pressure over the attacks, has sought to expedite home demolitions as part of efforts to stop the violence.

Critics argue that the policy is not an effective deterrent and feeds into a cycle of violence.