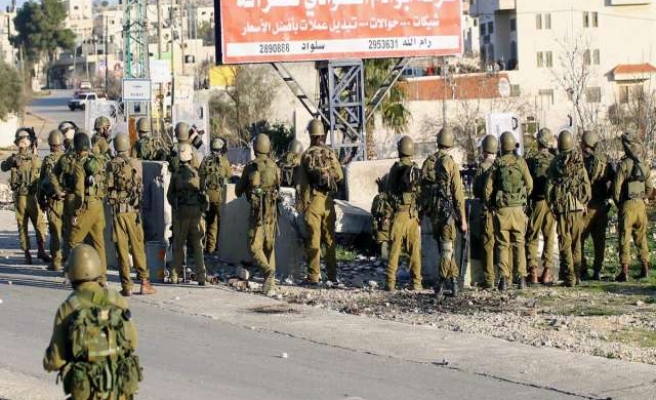 The Israeli army has detained 14 Palestinians in overnight raids in the West Bank, the military said Thursday.

However, eyewitnesses told The Anadolu Agency that Israeli army troops detained several Palestinians in Nablus and Al-Khalil after raiding their homes.