Eyewitinesses said that the Israeli army had detained the two men as they attempted to cross into Israel. 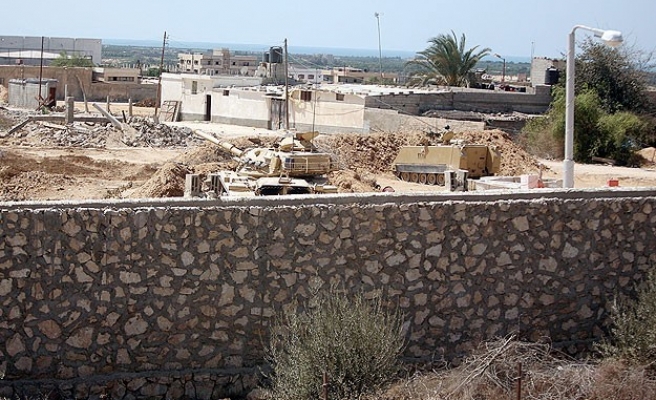 World Bulletin/News Desk
The Israeli army on Monday detained two Palestinians near the border fence between Israel and the blockaded Gaza Strip.

Eyewitnesses told The Anadolu Agency that the Israeli army had detained the two men as they attempted to cross into Israel.

The Israeli army has yet to comment on the incident.

Israel occasionally announces the arrest of Palestinians for allegedly trying to cross from the Gaza Strip into the self-proclaimed Jewish state in search for work.

Unemployment and poverty rates in the Gaza Strip both now exceed 50 percent, according to the Palestinian Statistics Bureau.

Gaza's labor union estimates that nearly 30,000 workers in the coastal strip are now jobless thanks to Israel's recent offensive on the territory, along with nearly 170,000 others who have lost their jobs due to Israel's years-long blockade of the Hamas-run enclave.

In July and August, at least 2,160 Gazans were killed – and nearly 11,000 injured – in a 51-day Israeli military onslaught that finally ended with an August 26 cease-fire between Israel and Palestinian resistance factions.