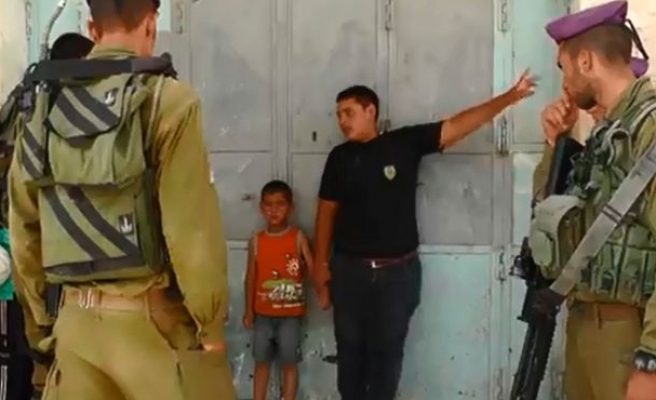 Footage shot by the Jerusalem-based B'Tselem group showed soldiers dragging the distraught toddler into an army jeep after accusing him of throwing a rock in the Palestinian city.

B'Tselem denounced Wadi Maswadeh's detention as "illegal" and a "grave incident" in a letter to a legal advisor for the Israeli army, which defended the detention on security grounds.

Under Israeli law, children under age of 12 cannot be held criminally liable, B'Tselem director Jessica Montell said in a statement.

"The security forces are not allowed to arrest or detain children under that age, even when they are suspected of having committed criminal offenses, and the authorities must deal with the law-breaking in other ways," Montell said.