Anan Abu Saleh, 19, has been detained at a checkpoint near Hebron's Ibrahimi Mosque Complex. 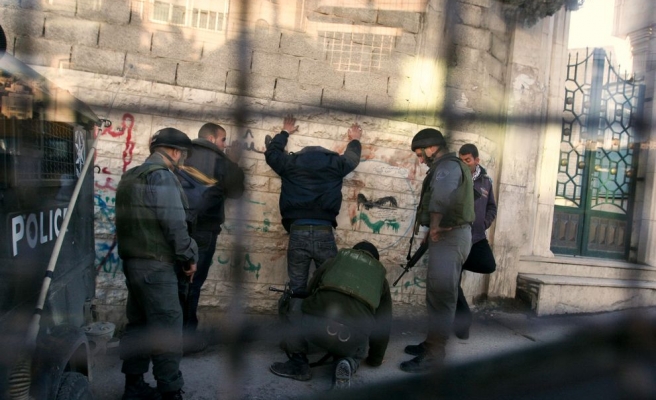 The Israeli army detained on Sunday a Palestinian youth in the West Bank city of Hebron on claims of possessing a knife, eyewitnesses have said.

Anan Abu Saleh, 19, has been detained at a checkpoint near Hebron's Ibrahimi Mosque Complex, eyewitnesses told.

Saleh has been handcuffed and transferred to a detention facility in Hebron's Old City, according to the eyewitnesses.

There have been several stabbing attacks by Palestinians against settlers in occupied East Jerusalem and West Bank recently amid simmering tensions in the occupied Palestinian territories.

Revered by both Muslims and Jews, Hebron's Ibrahimi Mosque complex – known to Jews as the "Cave of the Patriarchs" – is believed to contain the graves of the prophets Abraham, Isaac and Jacob.