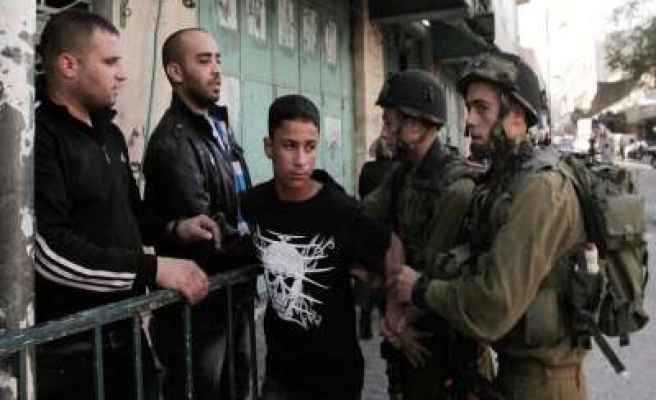 Five Palestinian students were injured by birdshot on Wednesday during clashes with Israeli security forces outside a prison in the West Bank city of Ramallah, eyewitnesses said.

Israeli forces used teargas and birdshot to disperse a demonstration staged by scores of Palestinian students who had gathered outside western Ramallah's Ofer Prison.

Palestinians in the West Bank have held near-daily rallies to show solidarity with 120 Palestinian "administrative detainees" who have been waging a hunger strike since April 24 to protest their continued detention-without-charge by Israeli authorities.

Administrative detention orders can range from one to six months in length and can be extended by up to five years by Israeli military courts.

According to the Prisoners Center for Studies and Research, a Palestinian NGO, the health of the hunger-striking detainees has continued to deteriorate.

Some 5000 Palestinians – including 200 minors and 19 women – continue to languish in more than 20 detention facilities throughout Israel, according to a recent report by the NGO.