Abu Eisha and Qawasmeh, aged 33 and 29 respectively, have remained in Israeli police custody for over two weeks. On Thursday, Israel's intelligence apparatus explicitly accused them of kidnapping the three settlers. 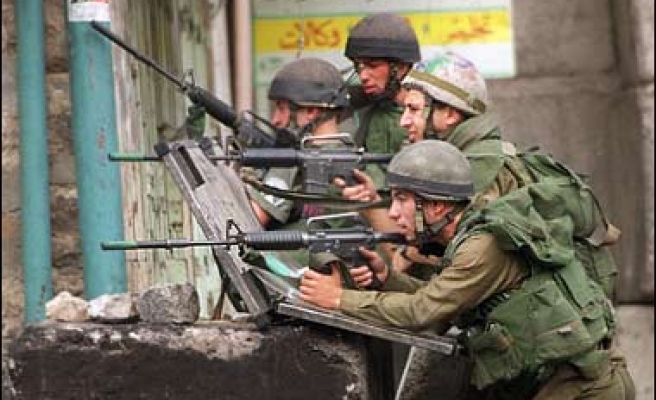 "This is a stunt by Israel aimed at targeting Hamas' infrastructure and hampering reconciliation between [Hamas in] Gaza and [Fatah in] Ramallah," said Omar Abu Eisha, father of Amer Abu Eisha, who was accused – along with fellow Hamas member Marwan Qawasmeh – of kidnapping the trio.

Abu Eisha and Qawasmeh, aged 33 and 29 respectively, have remained in Israeli police custody for over two weeks. On Thursday, Israel's intelligence apparatus explicitly accused them of kidnapping the three settlers.

"We haven't heard anything about Marwan since he was detained," said Qawasmeh's mother. "Our life has been turned into a nightmare for no good reason."

Abu Eisha, a father of three, and Qawasmeh, who was recently married, both hail from Hebron's Al-Hajar neighborhood.

Hamas, for its part, has repeatedly dismissed the claims, while Palestinian Authority President Mahmoud Abbas – who has condemned the alleged kidnapping – maintains that Israel is exploiting the incident to crack down on Palestinians.

The new government was unveiled earlier this month following a Palestinian reconciliation agreement aimed at ending seven years of rift between rival factions Hamas and Fatah.

The Israeli government slammed Abbas for cutting a deal with Hamas – which Israel considers a "terrorist group" – and suspended foundering peace talks with Ramallah.

"I am certain that Marwan and Amer were detained by Israeli Special Forces and that the Israeli occupation government will eventually kill them and say the settlers were freed – just to score internal political gains," the elder Abu Eisha – who was himself imprisoned by Israel for 22 months in the mid-1990s – said.

Since Israeli search operations began some two weeks ago, over 500 have been detained from the West Bank, mostly Hamas members.

No group, however, has claimed responsibility for the disappearances to date.