Palestinian medical officials said two men, 23 and 25, were shot in the head and in the stomach. 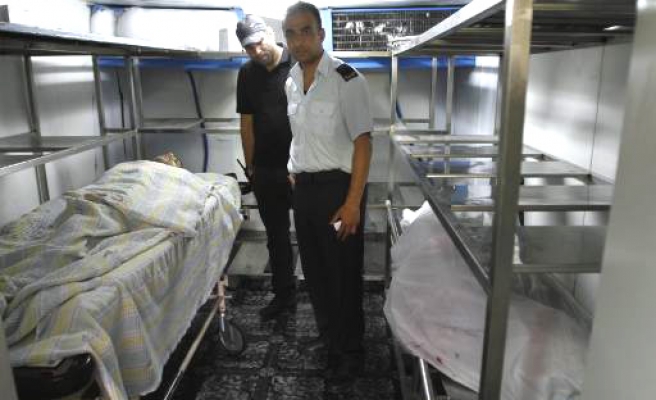 Israeli soldiers shot and killed two Palestinians in the occupied West Bank on Monday after storming a refugee camp, medical officials and the military said.

Israeli soldiers stormed Qalandiya camp, near Ramallah at dawn to detain young men and as they ransacked homes, confrontations erupted with local residents.

Palestinian medical officials said two men, 23 and 25, were shot in the head and in the stomach.

A spokesman for Palestinian President Mahmoud Abbas condemned the shooting. "This is an Israeli attempt to create an atmosphere of escalation ahead of September," the spokesman said.

Palestinians plan to apply for full U.N. membership for an independent state in the occupied West Bank and Gaza in September. U.S.-brokered peace talks with Israel broke down last year and efforts to revive negotiations have faltered.

Abbas called on Palestinians last week to step up peaceful protests against Israel ahead of the U.N. bid.

Peace talks between Israel and the Palestinians broke down last year over Israeli Prime Minister Benjamin Netanyahu's refusal to impose new curbs on settlement building in the West Bank, part of the territories where the Palestinians aim to found a state.