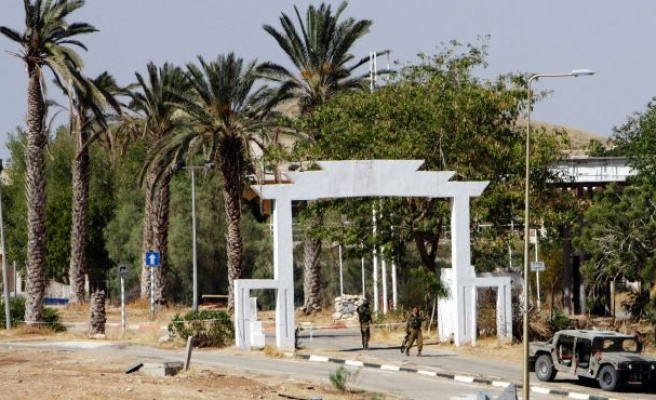 Dozens of Palestinian families in Bedouin communities in the Jordan Valley have been ordered by the Israeli authorities to permanently vacate their land, according to local residents.

“Thirty families received military warrants on Thursday ordering them to vacate their land within eight days, effective as of Nov. 2,” Mahdi Daraghmeh, a member of the Jordan Valley council, told Anadolu Agency.

“The warrant calls for the evacuation of 60 structures in the Al-Maleh and Umm Aljamal areas in the northern part of the valley,” he said.

According to Daraghmeh, 200 Palestinians -- including 45 women and 60 children -- currently live in these areas.

On Wednesday, Israeli Housing Minister Yoav Galant said his ministry was developing a plan aimed at "strengthening Jewish communities in the Jordan Valley”.

Under this plan, Galant said, the government “will transfer funds to Israeli cooperatives and agricultural villages in the Jordan Valley for every new [Jewish] family moving there".

He added that the government also plans to launch a marketing campaign aimed at encouraging Jewish settlement in the region.

According to the 1993 Oslo Accords, "Area C" of the West Bank -- which includes the Jordan Valley -- falls under full Israeli administrative and security control.

The Jewish state sees the strategic valley as a vital economic and security zone for its settlements and wants to keep the region under its firm control in any future peace deal with the Palestinians.

Palestinians, for their part, want the valley -- a large, fertile strip of land that accounts for roughly one quarter of the West Bank -- as part of a sought-for Palestinian state.

More than 10,000 Palestinians live in makeshift homes in the valley, as Israel has prohibited the construction of permanent structures in the area.

Animal husbandry and farming constitute the main source of livelihood for most of the valley’s inhabitants.