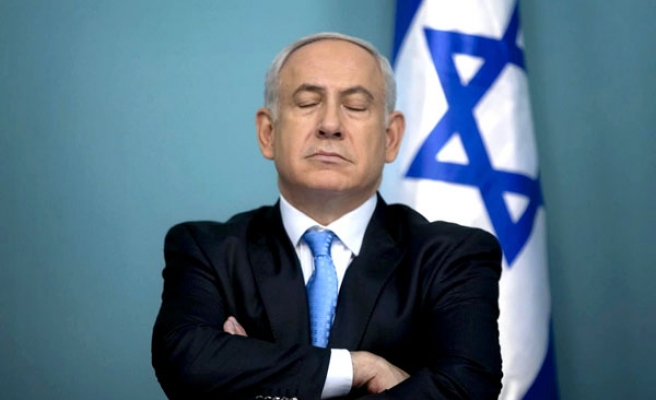 JERUSALEM/NEW YORK/WASHINGTON  (AA) - Israeli Prime Minister Benjamin Netanyahu has been harshly criticized for remarks in which he appeared to blame Palestinians for the Holocaust.

Farhan Haq, a spokesman for UN Secretary-General Ban Ki-moon, said that Netanyahu's views "are not helpful to de-escalating the current tensions".

"Any suggestion that the Holocaust against the Jews could possibly have been inspired by Palestinians, Muslims or anyone other than the Nazis would seem unthinkable," Haq told reporters in New York.

Israeli opposition leader Isaac Herzog said that Netanyahu was "trivializing the Holocaust" by claiming that Nazi leader Adolf Hitler did not intend to exterminate the Jews of Germany until persuaded to do so by the Grand Mufti of Jerusalem Haj Amin al-Husseini, a Palestinian.

Netanyahu made the comments during the 37th World Zionist Congress in Jerusalem on Tuesday, where he asserted that the Grand Mufti’s alleged advice to Hitler constituted evidence of a historical Palestinian tendency to incite violence against the Jewish people.

In a response posted on Facebook, Herzog described Netanyahu's claims as a “dangerous distortion of history”, which, he added, would “play into the hands of Holocaust deniers”.

Leftist parliamentarian Zehava Gal-On, for her part, accused Netanyahu of “rewriting” history, claiming that tens of thousands of Jews had been killed by the Nazis before al-Husseini met Hitler in 1941.

In a statement, Saeb Erekat, secretary-general of the Palestine Liberation Organization (PLO), said that Netanyahu had “deepened the divide” between Palestinians and Israelis at a time when more than 50 of the former and 10 of the latter had been killed in ongoing violence.

“Palestinian efforts against the Nazi regime are a deep-rooted part of our history,” said Erekat, noting the role Palestinians had played fighting the Nazis during the Second World War. “Palestine will never forget, although it seems Netanyahu’s extremist government has.”

“It is a sad day in history when the leader of the Israeli government hates his neighbor so much that he is willing to absolve the most notorious war criminal in history, Adolf Hitler, of the murder of six million Jews,” Erekat added.

“We've seen the press reports of the prime minister's comments,” Kirby told reporters. “You can see for yourself, the scholarly evidence, obviously, supports a different position,” he said.

Secretary of State John Kerry and President Barack Obama have been calling on Israeli and Palestinian leaders to lower the rhetoric that could potentially incite more violence.

“We want to stress publicly and privately the importance of preventing inflammatory rhetoric accusations or actions on both sides that can lead to violence,” Kirby reiterated the call from American leaders.

He noted that Kerry was going to meet with Netanyahu in Berlin on Thursday to discuss the ongoing violence in Jerusalem and the West Bank.