UNESCO has decreed that the second and third holiest sites in the Jewish faith are actually Muslim. At the same time, the initial draft proposal declaring that the Western Wall was also a Muslim holy site was withdrawn after facing widespread criticism 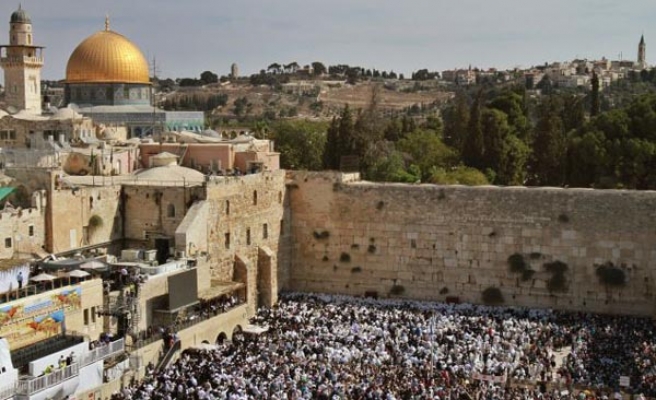 The United Nations Educational, Scientific, and Cultural Organization (UNESCO) has adopted a resolution condemning Israel for restricting the freedom of worship at Jerusalem's Al-Aqsa mosque and for mishandling holy sites.

The resolution submitted by Egypt, Tunisia, Algeria, Morocco, Kuwait, and the United Arab Emirates on behalf of Palestine, was adopted Wednesday with 26 votes in favor, six against, including the United States, Britain and Germany, and 25 abstentions, including France.

The adopted resolution referred to Jerusalem as "the occupied capital of Palestine". It condemned "restrictions of freedom of worship at the Al-Aqsa mosque", reaffirmed other complaints about Israeli management of holy sites and Israeli actions in Jerusalem, the West Bank, and Gaza.

The head of UN's cultural body, Irina Bokova, called on the UNESCO board Tuesday "to take decisions that do not further inflame tensions on the ground and that encourage respect for the sanctity of the holy sites".

"We all have responsibility to UNESCO’s mandate, to take decisions that promote dialogue, tolerance and peace," Bokova said in a statement.

The six-page draft resolution also called on the international community to condemn Israel for urging "its citizens to bear arms in light of the recent terror wave".

The approved text also reaffirmed that two holy sites, the Tomb of the Patriarchs in Hebron and Rachel's Tomb in Bethlehem, were "an integral part of Palestine".

Jewish lawmakers condemned the claim that Israel is responsible for surge in violent attacks with various Jewish groups calling the decision 'offensive and a distortion of history.'

Following this all 19 Jewish House lawmakers slammed UNESCO for its vote charging Israel with changing the status quo at a Jerusalem holy site.

As a result, UNESCO has dropped the clause calling for the recognition of the Western Wall an Islamic site.

The UNESCO move comes as at least 51 Palestinians have been killed by Israeli security forces since the beginning of October.

Most of them were shot during protests or after having allegedly carried out knife attacks on Israeli Jews, 10 of whom have reportedly been killed in such attacks over the same period.

Since Oct. 1, clashes have repeatedly broken out in Israeli-occupied West Bank, East Jerusalem and the blockaded Gaza strip between Palestinian demonstrators and Israeli security forces.

The violence was at least partially prompted by repeated incursions by large groups of Jewish settlers -- usually backed by Israeli security forces -- into the Al-Aqsa Mosque compound.