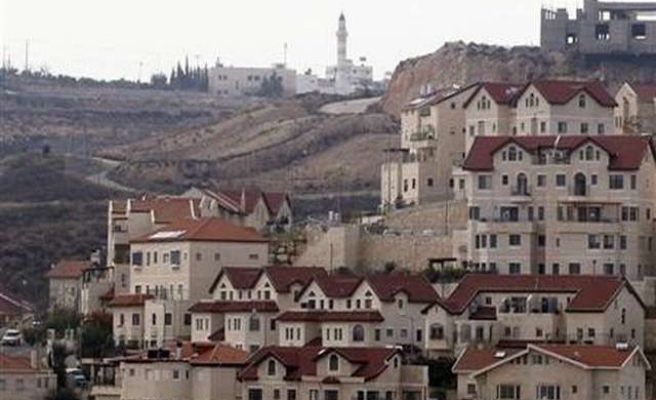 "An Israeli military forces have stormed the makeshift camp called 'Gates of Jerusalem' and leveled the tents after firing teargas and stun grenades at the activists and arresting some of them," activist Hani Halabiya told The Anadolu Agency.

"The activists insist on returning and rebuilding the village to protest settlement-building," he added.

A day earlier, Palestinian activists erected three tents with Palestinian flags atop each, in a symbolic protest against Israel's proposed plans to expand settlements in the area.

The Palestinian Popular Committee Against Settlements and the Separation Wall had said that Israel plans to confiscate 12,000 meters of Palestinian land in East Jerusalem to expand settlement blocs. This would involve evicting 2,500 Palestinians from their homes.

"Gates of Jerusalem" had been the 12th symbolic village set up by Palestinian activists in areas threatened with confiscation by Israel.

The figures, however, exclude Israelis living on settlements in East Jerusalem, whose numbers are estimated at more than 200,000.