Since 2012, electricity in the Gaza Strip has been operating according to a rotation system; it works for six hours in some areas and cuts off for another six hours to provide other areas with power. 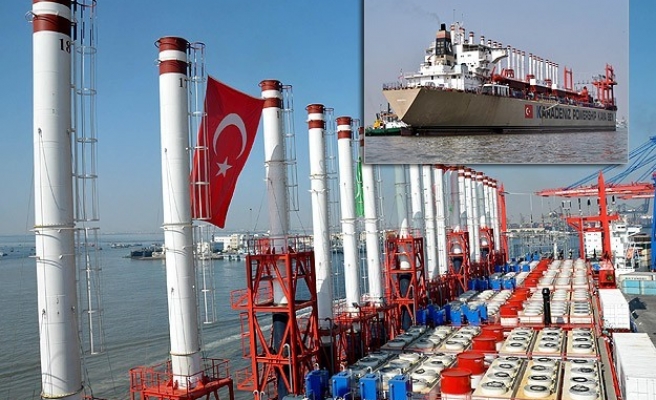 Palestinian National Economy Minister Mohamed Mustafa said Sunday that the Israeli authorities have officially rejected the proposal of having a Turkish floating power-generating ship near the Gaza Strip coast to help solve the electricity crisis in the embattled enclave.

"The Israeli rejection [to the proposal] requires us to exert more efforts to solve the electricity problem in Gaza," Mustafa said in a statement.

"The past few days have seen an increase in the operations of the electricity sector, extending for eight consecutive hours instead of the usual five," he added.

"We're currently waiting for the Israelis to extend power lines in order to increase supply to the electricity sector," Mustafa said.

Since 2012, electricity in the Gaza Strip has been operating according to a rotation system; it works for six hours in some areas and cuts off for another six hours to provide other areas with power.

Among the factors that exacerbated the electricity crisis in Gaza are problems with the strip's infrastructure, shortage of industrial fuel required to generate electricity, as well as technical issues with Gaza's power plant.

During the latest Israeli offensive on the Gaza Strip - which lasted for 51 days and left 2,160 Palestinians dead  - the strip's sole power plant went offline after its main fuel tank was targeted by Israeli airstrikes.

Even though the plant remains functional, it has stopped running due to Gaza's chronic fuel shortage.

Turkish Energy Minister Taner Yildiz announced in mid-August that Turkey was planning to send a 100 megawatt power-generating ship to Gaza. The plan was awaiting Israeli approval, which was reportedly granted "in principle" last month.

The Gaza Strip requires 360 megawatts of electricity – of which only 200 megawatts are currently available – to meet the needs of its roughly 1.9 million residents.

Gaza currently has three sources for electricity: Israel, which provides 120 megawatts; Egypt, which supplies 28 megawatts; and Gaza's power plant, which generates between 40 and 60 megawatts daily.