Until now, Israel has denied the deaths and injuries. 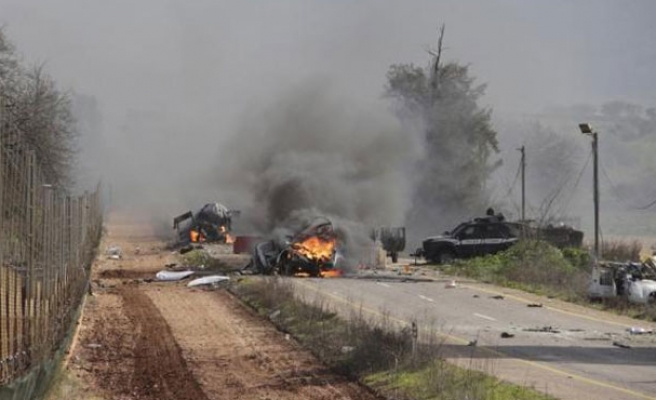 Two Israeli troops were killed on Wednesday during an attack by Lebanon's Hezbollah movement on a military vehicle in the Israeli-occupied Shebaa Farms region, the Israeli army has said.

"Two soldiers were killed and seven others wounded during the attack in Mount Dov [Shebaa Farms] early this morning," the army said.

"The two soldiers were killed when an anti-tank missile fired by Hezbollah hit an army vehicle near the border fence," it added.

According to the army, the seven wounded troops were taken to the Rambam Hospital in Haifa and the Rivka Ziv medical center in Safed for treatment.

Earlier Wednesday, Hezbollah claimed responsibility for an attack on an Israeli military vehicle in the Shebaa Farms region, saying several Israeli troops had been killed.

Wednesday's attack came ten days after Hezbollah accused Israel of killing six of its fighters – along with six Iranians – in a drone strike in Syria.

The slain fighters had included two Hezbollah commanders and the son of Imad Mughniyah, a Hezbollah leader killed by a car bomb in Syria in 2008.

Until now, Israel has neither confirmed nor denied the airstrike that killed the Hezbollah men and the Iranians.

For over two years, Hezbollah has been openly engaged in the conflict in Syria, where it continues to fight alongside Syrian regime forces.

In the same conflict, 160 Israelis – mostly soldiers – lost their lives.