Israeli troops had demolished the village several times in the past, but its Palestinian inhabitants had always returned to rebuild it. 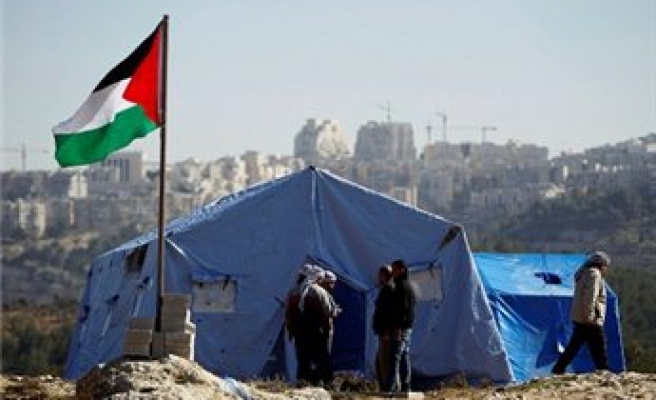 Israeli forces blocked all access to the site of a demolished Palestinian village in the Jordan Valley, east of the occupied West Bank, to prevent activists from rebuilding it, a Palestinian official said Monday.

Aref Draghma, head of the Maleh villages' council, told Anadolu Agency that the Israeli army had closed the area off with military checkpoints and prevented activists from approaching it.

Two weeks ago, Israeli bulldozers destroyed the village – home to around 100 Palestinians – under the pretext that it had been established illegally.

Palestinian officials decried the Israeli move, accusing the self-proclaimed Jewish state of preventing the entry of village residents into the area.

Israeli troops had demolished the village several times in the past, but its inhabitants had always returned to rebuild it.

Around 70,000 Palestinians and 9,500 Jewish settlers live in the Jordan Valley, a large, fertile strip of land accounting for roughly one quarter of the occupied West Bank.