Israel seeks to jail Palestinians as young as 12

Israel is now preparing to jail Palestinian children as young as 12, surpassing the United States in their sentencing approach 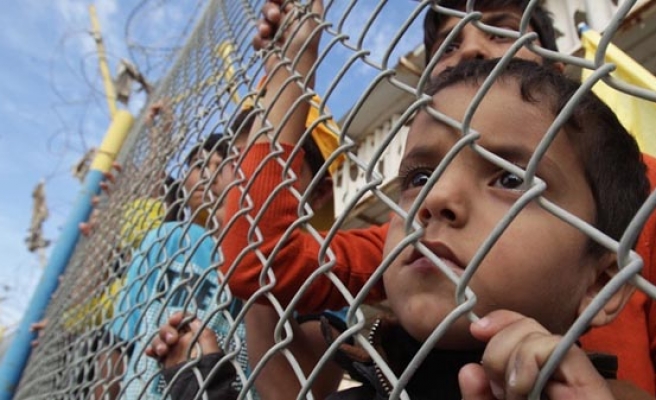 Israel's Justice Ministry has nearly finished drafting a bill that would allow children as yound as 12 to be sentenced to jail reports Haaretz.

Justice Minister Ayelet Shaked, who has labelled Palestinian children as "snakes" is the brainchild of the new bill. The sentences could be handed down to children as young as 12, though the child would start serving the sentence only when he turned 14. Prison sentences could be imposed on children younger than 14 only if they are convicted of murder, attempted murder or manslaughter, the draft bill states.

The legislation will also allow fines to be imposed on the parents of minors convicted of stone-throwing; it has also instructed the prosecution to seek to have such minors kept in jail until the end of their trials..

Children under age 12 are currently considered below the age of criminal responsibility and cannot be subjected to criminal proceedings at all. Children aged 12 or 13 can be arrested and tried, but they can’t be sentenced to jail unless they have turned 14 by the time the sentence is handed down. Instead, they can be sent to closed "treatment" facilities until the age of 20.

There are only a  handful of countries allow children under 14 to be jailed, that is only in exceptional cases. In some of these countries, children below 14 can be jailed only if they are judged to be mentally old enough.

The United States, which has of the harshest sentencing in general and to sentencing minors in particular, most states forbid jailing children under 14. Only seven U.S. states allow minors to be tried for murder as adults.