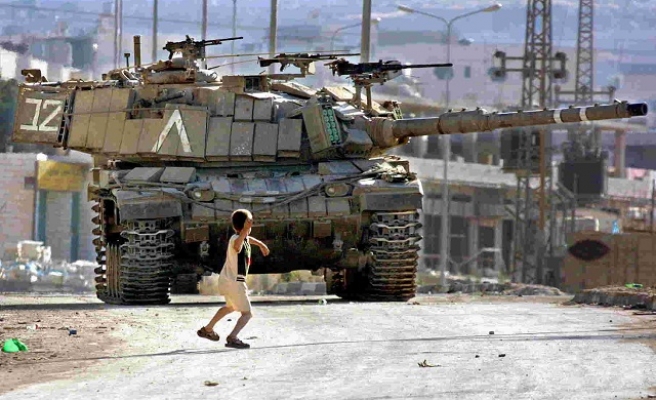 Israel's lawmakers have voted to impose a minimum three-year jail sentence on stone throwers, the Knesset website said, weeks after the premier vowed "war" on those who pelt security forces with rocks.

The law was approved late Monday by 57 votes against 17 and comes as a surge of unrest in Israel and the occupied West Bank has entered its second month.

The new legislation was backed by the government of Prime Minister Benjamin Netanyahu who declared "war" in September on stone throwers.

Netanyahu pledged tougher penalties after a 65-year-old Israeli died when he lost control of his car, with police saying the accident in east Jerusalem was caused by Palestinian strone throwing.

Since then Palestinian protesters have stepped up attacks with stones against Israeli security forces and civilians in the West Bank and in Israeli-annexed east Jerusalem.

The law adopted by the Knesset stipulates that judges would only be able to issue suspended sentences to stone throwers in exceptional circumstances.

It also adds rocks to the list of "harmful tools" in the country's penal code.

Those convicted would have their social security benefits cut off while in jail, as would the parents of minors convicted.

Right-wing lawmaker Nissan Slomiansky who presented the law said the measures were necessary to dissuade stone throwing which he described as "attempted murder".

"A minimum punishment is necessary to create a deterrent and uproot the assumption that 'it's just a stone'," said the MP who belongs to the religious Jewish Home party.

Jamal Zahalka, an opposition MP for the Joint List, a coalition of Arab-Israeli parties, denounced the law saying it would only add oil to the fire.

"Fires cannot be put out with gas, and this law is throwing gas on a fire," he said.