Israeli settlers torched the rooms of a Christian school and wrote offensive words regarding Jesus Christ. 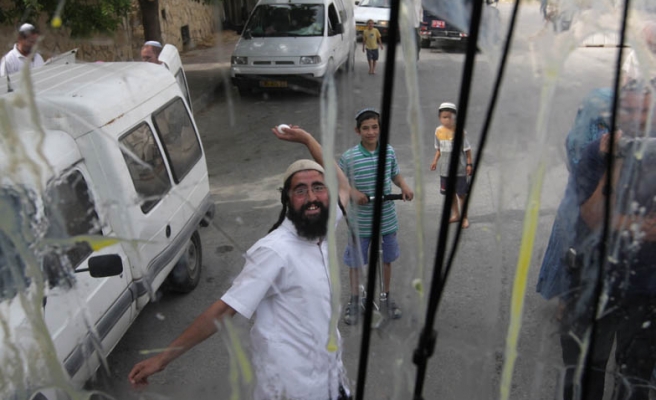 Israeli settlers on Thursday torched one of the rooms of a Christian religious school in West Jerusalem and inscribed phrases offending to Jesus Christ on its walls.

Police spokeswoman Luba Samri said in a statement that unidentified people had committed a crime of "national proportions."

She added that fire was set to the school room and a toilet used by priests and students of Christianity inside the school.

Samri noted that the attackers also wrote phrases offending to Jesus Christ on walls near the room.

"Firefighters had put off the fire, which caused material damage in the place," Samri said, noting that the fire had not caused any human casualties.

A member of the Revolutionary Council of the Palestinian Fatah movement, meanwhile, said Muslim and Christian places of worship were being increasingly targeted by Jews.

Diliani called on the United Nations to offer protection for Palestinians and their places of worship.

On Wednesday, a group of Jewish settlers set fire to a mosque near the southern West Bank city of Bethlehem and sprayed racist phrases against Arabs and Muslims on its walls, according to a Palestinian official.

Several attacks, called the "price tag," by Jewish settlers targeting Muslim houses of worship have recently been reported in areas across the self-proclaimed Jewish state and the occupied West Bank.