The boat's fishermen, around nine, were able to jump in the water and swim to the shore before the boats went ablaze 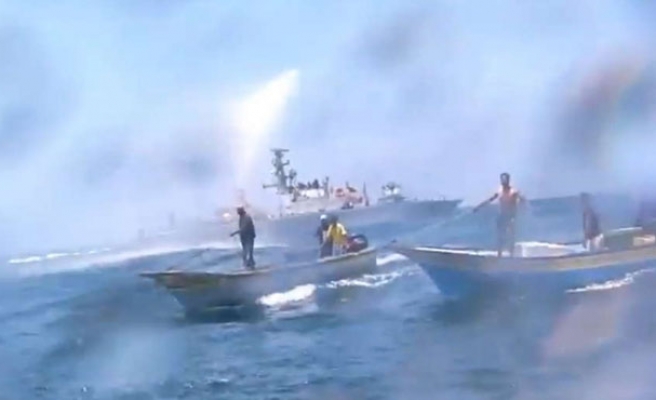 The boat's fishermen, around nine, were able to jump in the water and swim to the shore before the boats went ablaze, Ayyash said.

"One of the fishermen sustained minor injuries as a result of the heavy gunfire," he added.

In late August, Israel allowed Palestinian fishermen to ply their trade up to six nautical miles off the coast of the Gaza Strip – as opposed to a previous three miles.

The cease-fire reached between Israel and Palestinian groups on August 26 ended 51 days of relentless Israeli attacks on the coastal enclave, which saw over 2,160 Palestinians killed – the vast majority of them civilians – and nearly 11,000 injured.

According to Ayyash, some 50,000 Gazans earn their living from the fishing business.

He estimated their combined losses during Israel's recent war at more than $6 million.

Ever since Hamas – which Israel deems a "terrorist" organization – won the 2006 legislative polls, Israel has imposed a tight land and sea blockade on the Gaza Strip. he Israeli army has yet to issue a statement on the incident.