Ten bulldozers pushed some 100 meters into southern Khan Younis, according to eyewitnesses. 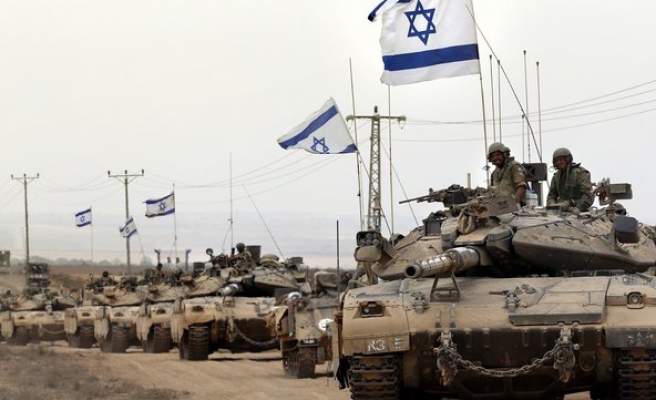 Israeli army vehicles and bulldozers on Wednesday staged a limited incursion into the southern Gaza Strip for the fourth time since a ceasefire between Palestinian resistance factions and Israel.

Ten bulldozers pushed some 100 meters into southern Khan Younis, according to eyewitnesses.

The bulldozers razed a large plot of agricultural land before pulling out from the area, they added.

The incursion was the fourth since Israeli and Palestinian negotiators signed an August 26 cease-fire deal in Cairo to end a seven-week Israeli offensive on the seaside enclave.

The Israeli onslaught, which lasted from July 7 to August 26, left 2,157 Palestinians dead – the vast majority of them civilians – and more than 11,000 injured.

According to Israeli figures, 68 Israeli soldiers and five civilians were killed over the course of the operation – the highest military death toll suffered by Israel since it lost 119 troops in its 33-day war with Hezbollah in 2006.

http://www.breitbart.com/Breitbart-London/2014/09/25/Palestinians-reveal-the-truth-about-Gaza-Hamas-wanted-us-butchered-so-it-could-win-the-media-war-against-IsraelPALESTINIANS REVEAL THE TRUTH ABOUT GAZA: 'HAMAS WANTED US BUTCHERED SO IT COULD WIN THE MEDIA WAR AGAINST ISRAEL'