With Israeli authorities preventing the ministers from meeting in the West Bank, communication could not continue between the Palestinian ministries. 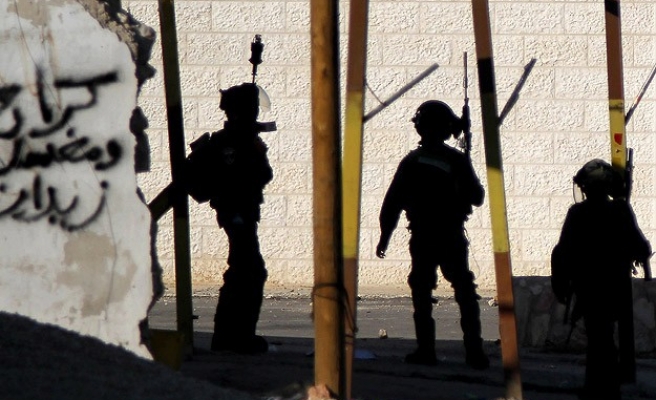 World Bulletin / News Desk
Israeli authorities have prevented Palestinian Housing Minister Mufid al-Hasayneh from leaving the blockaded Gaza Strip for the occupied West Bank, where he had been scheduled to meet with Jordanian counterpart Sami Halaseh and attend an energy conference.

"Israeli authorities continue to hamper the movement of government ministers from the Gaza Strip to ministry headquarters in the West Bank," al-Hasayneh said in a Monday statement.

"This restricts communication between the different Palestinian ministries," he added.

He said the Palestinian Engineers Association had invited him – along with the Jordanian minister – to attend the fifth International Energy Conference to be held in Ramallah on Monday and Tuesday.

Israeli authorities have not commented on the issue.

Israel refuses to recognize the Palestinian unity cabinet that was formed last summer after the signing of a reconciliation deal between rival Palestinian factions Hamas and Fatah.