The planned fence will be equipped with an alarm system designed to alert Gaza Belt regional councils with any infiltration attempts. 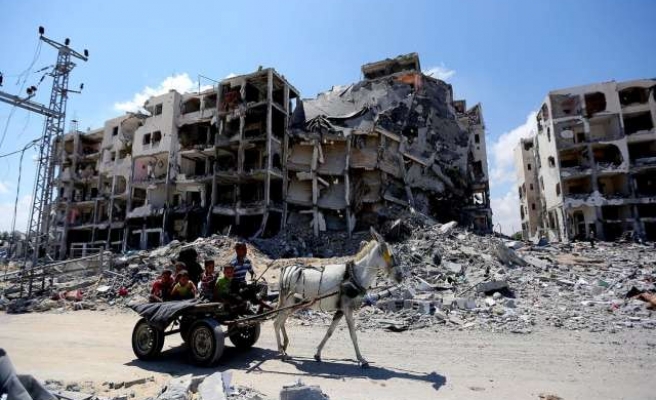 The planned fence will be equipped with an alarm system designed to alert Gaza Belt regional councils with any infiltration attempts, one of the sources was quoted as saying by the Walla news portal.

"The goal is to become more alert to infiltrations as they happen on the ground, in face of threats from [nearby] Gaza - and there are many of them."

On Monday, the Israeli army announced the arrest of Palestinian, who had infiltrated into Israel from the Gaza Strip.

On July 7, Israel launched a seven-week military offensive on the Gaza Strip with the declared aim of halting rocket fire from the Palestinian territory.

More than 2,150 Palestinians were killed – mostly civilians – and nearly 11,000 injured in the offensive in addition to the destruction of thousands of homes.

Over the course of the conflict, at least 72 Israelis – 67 soldiers and five civilians – were also killed.

Hamas: Israel 'source of terrorism in the world'

Speaking at the U.N. General Assembly on Monday, Netanyahu said that Hams and ISIL "are branches of the same poisonous tree".

He said that "the Israeli occupation is the source of evil and terrorism in the world."

The ISIL has recently seized control of swathes of land in both Syria and Iraq, prompting the U.S. and allies to launch airstrikes against the ISIL targets in both countries.

Meanwhile, Abu Zuhri dismissed as "lies" Netanyahu's allegations that Hamas had used Palestinians as "human shields" during a recent Israeli offensive in the Gaza Strip.

"How can Netanyahu justify the killing of more than 500 children during the Israeli aggression on Gaza?" he asked.