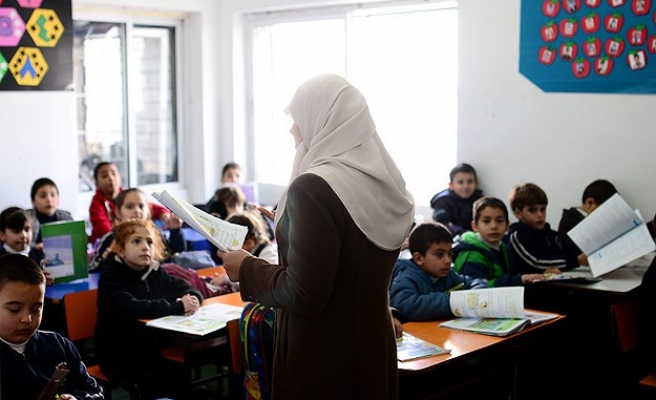 Thirty private schools in East Jerussalem face closure unless they can pay a fine of a million dollars, which has imposed by the Israeli authorities.

The Israeli Education Ministry fined dozens of Palestinian schools last year and threatened to shut down the schools if they would not pay the fines.

In September 2013, Israel also cut support for Palestinian teachers. Israel said that the punishment arises from tax payments which have not been paid by the Palestinian schools.

The schools have been struggling to pay salaries after the cuts. Parents and students now fear that they will not be able to find a new school to go next year.

The executive of Quds Arab al-Furqan School, Sayil Mohammed Ali, said that the main reason for closing schools was the Palestinian curriculum.

"Israel aims to seize our schools and give an education that serves in line with Israeli interests. If we do not pay the fines, 30 schools will be closed next year," he added.

Al-Furqan primary school must find a million of dollars to prevent the shutting down. The school management now await a helping hand for their school.

And after this one million has been paid how long until the next bill arrives? The danger of paying Danegeldt.

Teacher in a Palestinian School in East Jerusalem - 7 yıl Before

Initially I was outraged by this report. Then I tried to establish it's veracity. As far as I can tell, having checked with numerous sources in Israel, including an Arab Israeli human rights lawyer, this report has not one word of fact in it.