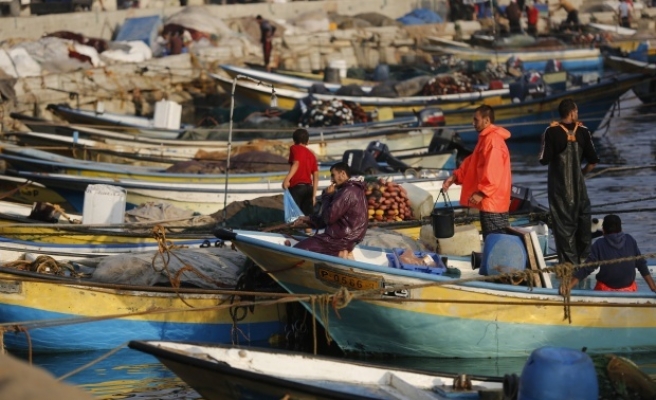 Israel is to extend the distance off the coast of Gaza that some of the Palestinian territory's fishermen are allowed to operate from Sunday, their trade union said.

Fishing boats working out of ports in the southern part of the Gaza Strip will be allowed up to nine nautical miles off the coast, the chairman of the Gaza fishermen's union, Nizar Ayyash, said on Friday.

He said that the previous six mile limit would be retained in waters off the north of Gaza which neighbour those of Israel.

The Israeli defence ministry body responsible for implementing government policies in the Palestinian territories, COGAT, said on its Facebook page that ahead of the fishing season, the navy "decided to expand fishing south of Wadi Gaza from six to nine miles."

The wadi, or stream bed, reaches the Mediterranean just south of Gaza City.

Around 4,000 fishermen work in Gaza, more than half of whom live below the poverty line.

Israel and Palestinian militants in the Gaza Strip have fought three wars since 2008, including a devastating 50-day conflict in 2014.

The territory remains under Israeli blockade and Israeli forces routinely fire on any fishing vessel close to the outer limit.