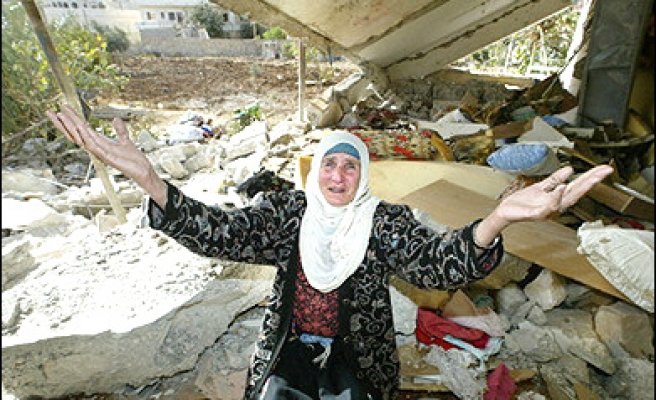 World Bulletin/News Desk
Israeli authorities on Monday issued demolition orders for the home of the family of a Palestinian man killed late October in an Israeli raid on his home on suspicions that he was responsible for injuring a Jewish rabbi in a drive-by shooting in West Jerusalem.

The homeowner, Ibrahim Hegazi, the father of Moataz Hegazi, told The Anadolu Agency that he had received demolition orders for the family home in East Jerusalem's Al-Tur neighborhood on the pretext that the structure was built without a permit.

The younger Hegazi, who had been accused by Israel of shooting extremist rabbi Yehuda Glick in late October, was killed by Israeli forces during a raid on his East Jerusalem home hours later.

Israel occupied East Jerusalem during the 1967 Middle East War. It later annexed the holy city in 1980, claiming it as the capital of the self-proclaimed Jewish state in a move never recognized by the international community.