Authorities had claimed that the school was "built without a licence" 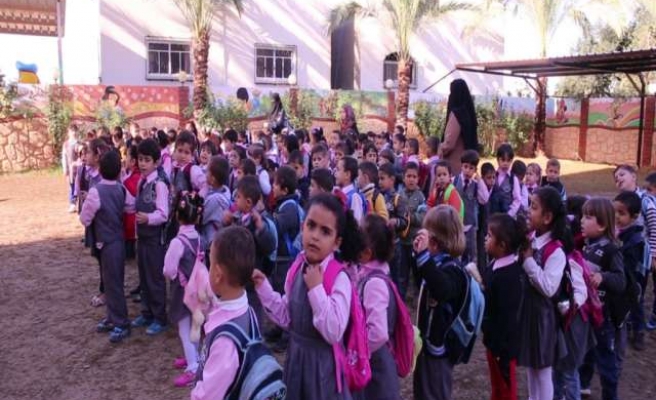 World Bulletin / News Desk
The Israeli authorities on Thursday informed teachers at a Palestinian school and the owners of two homes in the West Bank city of Al-Khalil (Hebron) that the three structures had been slated for demolition.

The authorities said the three buildings had been built without licenses in "Area C" of the Israeli-occupied West Bank, Palestinian activist Rateb al-Jabour told The Anadolu Agency.

He said the school had been set up early this year through a grant from a European institution.

The Israeli authorities did not say when the three buildings would be demolished.

Israel prohibits Palestinians from building homes – or other structures – in locations designated as part of "Area C" under the Washington-sponsored Oslo Accords.

Signed in 1995 between Israel and the Palestinian Authority, the accords divide the West Bank into three parts, including "Area C," which – accounting for around 60 percent of the Palestinian territory – remains under Israeli security and administrative control.