Examinations of slain Palestinians had indicated that they had been subject to internationally banned weapons. 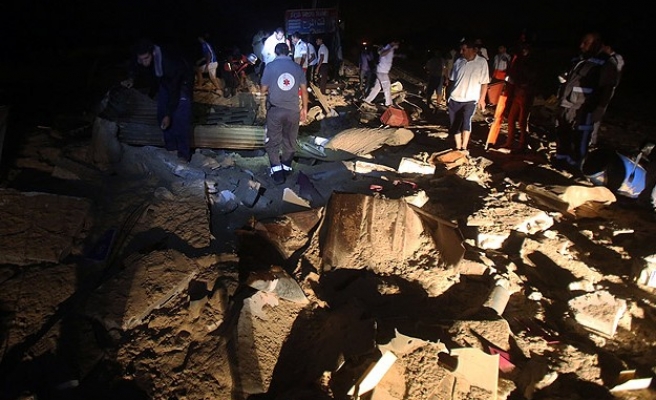 "DIME explosives cause deep lacerations, which I have found on the bodies of killed and injured Palestinians," Gilbert said.

Over the past week, at least 203 Palestinians have been killed – and more than 1400 injured – in unrelenting Israeli airstrikes across the Gaza Strip.

Fatalities include at least 36 children and 24 women, according to Palestinian health officials.

On July 7, the Israeli government launched its third wide-scale military operation on the blockaded Gaza Strip within the last six years.

Israel says its campaign, dubbed "Operation Protective Edge," is aimed at staunching rocket fire from the Gaza Strip, home to some 1.8 million Palestinians.

Gaza-based resistance factions, for their part, have continued to fire rockets into Israel – some of which have reached Tel Aviv – in response to the ongoing offensive.

Gilbert, who has done medical work in the Palestinian territories over the past four decades on a volunteer basis, slammed the "silence" of European and international political and medical organizations regarding the mostly-civilian Palestinian casualties.

"I call on [U.S. President] Barack Obama to visit Gaza so he can witness Israel's crimes against Palestinians," Gilbert said. "The killing, mutilation and burning of children and women should not be overlooked."

"All international groups tasked with documenting war crimes should send representatives to Gaza to document Israel's crimes," he added.

Gilbert's statements come two days after he told reporters at Gaza City's Shifa medical complex that examinations of slain Palestinians had indicated that they had been subject to internationally banned weapons.

The doctor said he plans to document the "grave violations" committed by Israel during the current Gaza operation.

Following Israel's watershed "Cast Lead" operation in Gaza in 2008/09, Gilbert had told reporters that his experience at Gaza hospitals had suggested that Israel was using DIME munitions against Gaza's civilian population.

He also said some injuries he had seen in Gaza had indicated that Israel was using white phosphorus.

Israel was widely criticized for using white phosphorus against civilian targets during the 2008/09 "Cast Lead" operation, which left at least 1400 Palestinians dead and thousands injured.

I wonder if the doctor who is doing the investigation and documenting the use by Israel of internationally banned weapons, will feel any repurcussions.