A tender for the construction of nearly two thousand new buildings in the Har Homa settlement is expected to be announced within weeks. 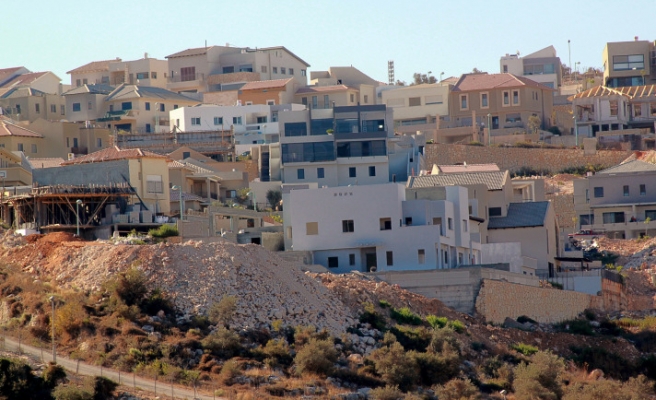 After the Palestinian authority accepted to commence peace talks with Israel, Tel Aviv irresponsibly decided to continue building new Jewish settlements in occupied territories. One of the main obstacles preventing a healthy peace process is the intensification of Jewish settlements in the Palestinian capital of eastern Jerusalem, which threatens to escalate tensions.

A tender for the construction of nearly two thousand new buildings in the Har Homa settlement is expected to be announced within weeks. Other new tenders are also under preparation for new settlements in East Jerusalem. For instance, in the Gilo province, a new plan is underway to construct more 2 thousand buildings in addition to the previous tenders.

Another plan from November 2012 prospects the building of 600 new houses in Eastern Jerusalem’s Psigat Zeev district. In a very different perspective than the one needed for peace talks, Israeli Public Works and Housing Minister Uri Ariel promised in his inauguration that during 2013 more lands would be opened for construction in Jerusalem, including Eastern Jerusalem. A pro-settlement politician, Ariel is expected to attend an opening ceremony of a new settlement in the future capital of the Palestinian state next month.

The Israeli forces are planning to begin a new settlement project in Jabal al-Mukabbir, a heavily Palestinian populated residential area close to the UN local headquarters in the southeast of Jerusalem, which was seized by the Israeli occupying forces in 1967. The plan includes confiscating vast areas of the land in the vicinity and building 63 houses. Rather than the number of houses, the real threat lays behind the intention to change the demographic structure of the city as more settlements mean more Jewish residents in the city.

Israeli insistence in the building of new settlements contain a major blow to probable negotiations as it reflects Tel Aviv’s reluctance to deal with a well-founded peace process. Aware of this fact, Palestinians are suspicious of the talks and do not have much faith in the soon-to-be renewed negotiations. The administrative Committee of the Palestinian National Liberation Organization commented on the Palestinian National Authority’s decision to resume talks with Israel and stated that it is not convenient to resume negotiations if Israel does not agree to retreat back to its 1967 borders.

Despite victory in the 2005 elections, the Palestinian resistance movement Hamas - which has not been recognized by the US and EU because of its intention to continue the armed struggle as the legitimate representative of Gaza Strip does not believe that the Palestinian public is in favor of participating in negotiations with Israel.

Hamas spokesperson Sami Ebu Zuhri said “Mahmood Abbas, the head of the Palestinian authority in the West Bank, does not have to participate in the talks as the representative of all Palestinians." Similar disagreements were also voiced by other Palestinian groups.

No mercy for Palestinians

Resumption of negotiations with Israel or the plans to build illegal Jewish settlements are not the only issues Palestinians have to deal with. Many restrictions worsen their daily lives like increasing water scarcity in the West Bank. Having taken control over the Jordan River, the main water source for the West Bank after the 1967 occupation, Israel does not take the Palestinians’ need for potable water into consideration as new settlements unfairly consume much of the water.

Israeli forces forcibly shut down many water wells and water channels from which Palestinians benefit, particularly in the C district of the West Bank, which is currently under the Israeli army’s control. Therefore the Palestinians are left with no choice but to depend on international aid organizations in order to acquire this vital essential of life. However, even water projects conducted by international organizations cannot be efficiently enjoyed by Palestinians due to the Israeli army’s arbitrary and illegal limitations.

The head of the Public Service Committee in the Jaber Refugee Camp, Imad Abu Simbel, underlined that even after clean water has been acquired, its preservation constitutes another problem and brings with it many difficulties. “The absence of the required amount of potable water resources is one of our basic problems. The current sources cannot fulfill the need of a naturally expanding population in refugee camps. In other words, while the population has been on the gradual rise, the capacity of water wells remains the same if not declined. The Israeli army does not allow us to clean the water sources. When water abstracted from a well flows through a polluted residential area it becomes unusable,” he stated.