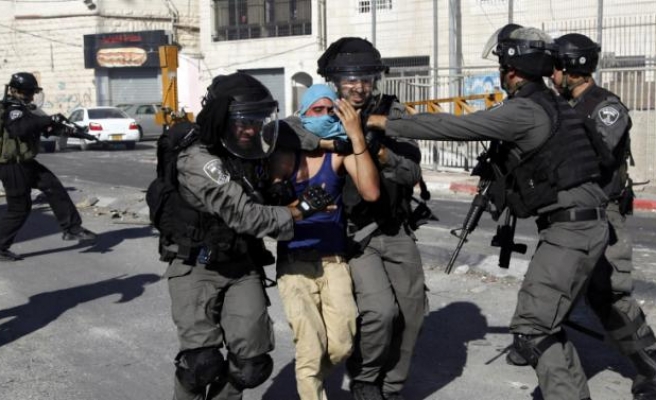 Palestinian foreign minister Riad al-Malki on Monday accused Israel of seeking to spark "a third intifada", as violence again flared in Jerusalem, the West Bank and the Gaza Strip.

"(Israeli Prime Minister Benjamin) Netanyahu wants to instigate a third intifada. He wants to avoid problems that he is facing in the political and diplomatic arena, where he has failed miserably," Malki told AFP in Vienna.

Malki said Netanyahu had committed a "grave mistake" by "violating the status quo" of East Jerusalem's Al-Aqsa compound, one of Islam's holiest sites and the holiest site in Judaism.

The site has been a flashpoint in the conflict and the scene of frequent clashes between police and Palestinian youths.

"Netanyahu is widening the scope of the conflict from a political one with the Palestinians -- which always has a possibility of finding a political solution -- to an unlimited war with Muslims around the world," Malki warned.

Calling on Israel to act "according to international law", he said there was nevertheless still "a possibility to contain" the crisis.

The renewed violence, involving 18 stabbings of Israelis by Palestinians, an Israeli air strike on Gaza and deadly clashes, has prompted international diplomatic efforts to defuse the tensions.

The crisis began on October 1, when an alleged Hamas cell shot dead a Jewish settler couple in the West Bank in front of their children.

It followed repeated clashes at the Al-Aqsa compound in September between Israeli security forces and Palestinian youths.

Malki made the comments ahead of a ceremony for the raising of the Palestinian flag at the United Nations office in the Austrian capital after the flag was raised at UN headquarters in New York on October 1.

The General Assembly voted September 10 to allow the flags of Palestine and the Vatican -- both have observer status -- to be raised at the world body alongside those of member states.