A year and a half on, the new development has no running water. Netanyahu, on the eve of his trip to address the US Congress with elections only a few weeks away, has said that he will take the new city of Rawabi under the grid. 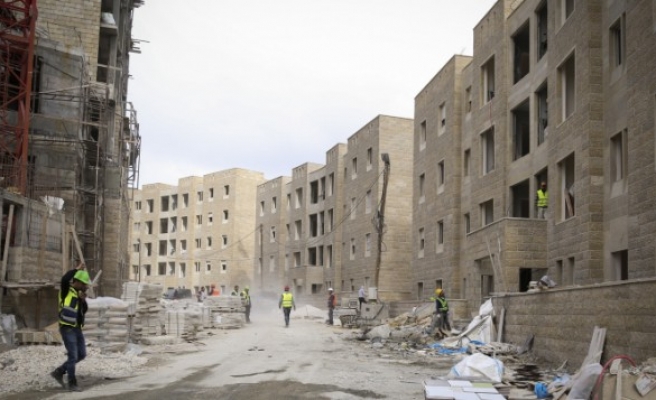 Although its first batch of apartment buildings are finished, homeowners have been unable to move in for over half-a-year, the city has no running water.

On Thursday night, Prime Minister Benjamin Netanyahu’s Office announced that Israel’s Water Authority would hook Rawabi up to its grid.

It was one of two gestures Netanyahu made to the US on the eve of his trip to address a joint session of Congress in spite of US President Barack Obama’s objections.

The Prime Minister’s Office also announced that it would use funds from Palestinian Authority’s tax revenues it has withheld for the last few months, to help pay a potion of the PA’s NIS 1.9 billion debt to the Israel Electric Cooperation.

Earlier this month Defense Minister Moshe Ya'alon (Likud) had tried to solve Rawabi’s water crisis. He ordered the Water Authority to pipe water to the city, which is located on a West Bank Samarian hilltop between Ramallah and Nablus.

But Infrastructure Minister Silvan Shalom (Likud), whose office has oversight over the Water Authority, had refused to heed Ya’alon order.

Rawabi is the brain child of Palestinian American businessmen Bashar al-Masri, who together with the Qatari Diar Real Estate Investment Company, developed the city which boasts that it offers Palestinian affordable modern living. Al-Masri says he has lost $25 million in revenue because of the delay, with an additional $75 million in payments frozen until he delivers the homes.