'I think the ultimate goal of these tunnels is to create an Israeli-Jewish Jerusalem. This is how I understand the excavations: digging under reality, strengthening the national narrative,' Mizrahi said. 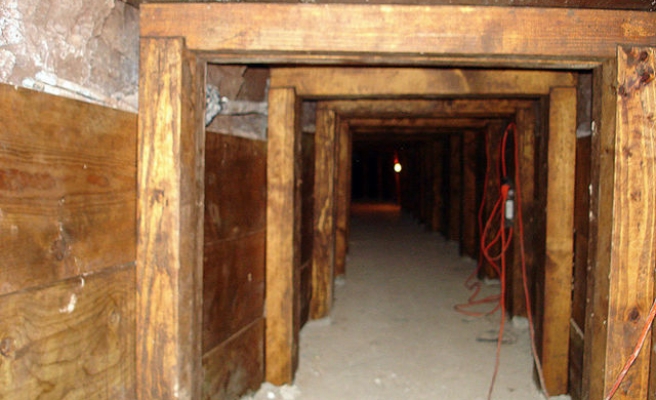 Senior Israeli archaeologist Yonatan Mizrahi, has claimed that Israeli tunnel digging under Jerusalem is just as dangerous to the peace process with Palestine as Hamas tunnels under Gaza.

Speaking to 972 Mag, Mizrahi said that the tunnels, which are authorized by the Supreme Court of Israel, explained that the Israeli Supreme Court is justifies tunnel-digging under Palestinian homes by saying it is for the history of the Jewish people, and in doing so effectively issues a permit to use archaeology to take control of the area.

Noting that the Palestinian inhabitants of Silwan have been concerned about digging going on underneath them, Mizrahi slammed the secretive nature of the excavations led by a joint effort between the Elad Foundation and the Antiquities Authority.

Mizrahi said that the aim of the excavations was to enlarge the underground space and that they have already succeeded in connecting the excavations from Silwan to the Mughrabi Bridge. 'Essentially, only the space of the Western Wall Plaza has not been connected,' he said.

Slamming the secretive nature of the digging, Mizrahi said the Antiquities Authority does not share information with the public even though they are aware of the political sensitivity of the area. Mizrahi also said the Antiquities Authority 'should not have approved these excavations at all' because they achieved very little in the way of archaeology.

However, he said the the Antiquities Authority was being held hostage by the Elad foundation, which provides them with financing, since 2004 when they became involved in the Silwan excavations.

According to Mizrahi, the Elad foundation wanted to advance the construction of Jewish settlements in Silwan in the 1990s, but were prevented them from doing so as they could not build in an archaeological site, but overtime the policy changed, so instead they joined the Antiquities Authority with the aim of reaching an Israeli consensus through archaeology and the history of the Israeli people.

'I think the ultimate goal of these tunnels is to create an Israeli-Jewish Jerusalem. This is how I understand the excavations: digging under reality, strengthening the national narrative,' Mizrahi said.

'They understand that the tunnels are a central tool to prevent a political solution in the area of the Historic Basin. For the Elad association, Silwan is the City of David; this is what it has come to do and this is what it is doing, above ground and underground,' he added.

Mizrahi concluded saying that he believed the tunnels that Israel is digging under the Old City of Jerusalem and under Silwan are more dangerous than the Hamas tunnels in the south, and called on Israelis to demand an end to the digging.